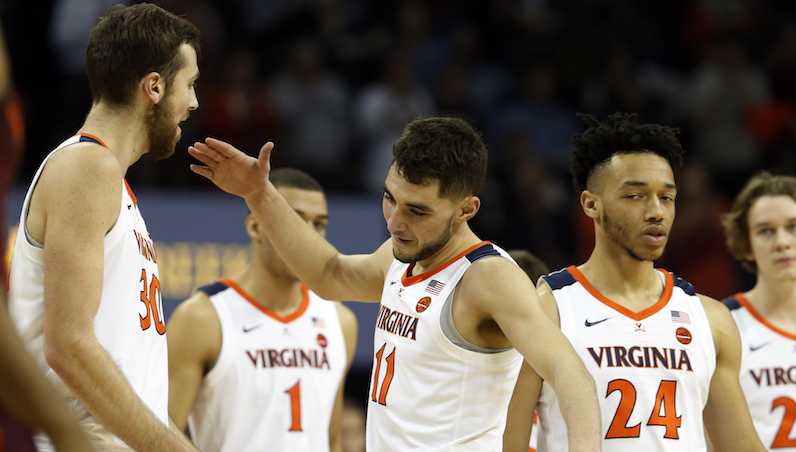 Let’s get right to it; here’s what you need to know: ACC football schedule release, Virginia basketball continues to dominate, Miami adds QB Tate Martell and Boston College gets a new offensive coordinator.

Without lead guard Markell Johnson, NC State fell in a road upset to Wake Forest,  which improves to 8-8 on the season with its first ACC win. Wake Forest built up a big 42-27 halftime lead, but saw that evaporate; however, the Deacons held off a second-half comeback from the Pack.

With the baseline jumper @TorinDorn2 now has 10 points in the game and has become the 52nd player in program history to score 1,000 points in his NC State career pic.twitter.com/MGnDzgcIdh

In the nightcap from Chapel Hill: North Carolina hung on to defeat Mike Brey and Notre Dame, 75-69. John Mooney was great for the Irish — 16 points, 19 rebounds — but it wasn’t enough. Oh, and UNC got a big game from Nassir Little, who looked bouncy.

Here we go: Mismatch with the 6-11 Durham on Nassir Little, but this is quick. Blow by and a slam in a blink. pic.twitter.com/uOZZ4tsB7k

Here you go: The 2019 ACC Football schedule will be released today at 2 p.m. Make sure to check back here later for more details.

📅 Mark your calendars!
⏰ Set an alarm!
📝 Jot down a reminder!

Earlier this week, NC State added to its 2019 recruiting class with a commitment from 4-star guard Dereon Seaborn. The No. 107 player in the 2019 class, according to 247 Sports, picked the Pack over VCU, ECU, Providence and Minnesota.

"The way coach [Kevin] Keatts let his guard play and how he builds around his guards." — @DSeabron_5 on what made him want to commit to NC Statehttps://t.co/gwLHedIV4Y

Times have been busy for Manny Diaz and Miami, which added yet another high-profile transfer on Tuesday night: Ohio State quarterback Tate Martell.

And as an added bonus, electric receiver/returner Jeff Thomas has elected to stay at Miami, thanks to the new coaching staff. This comes after it seemed certain that Thomas — 35 receptions for 563 yards in 2018 — was headed for Illinois.

According to reports, Steve Addazio and Boston College have hired a new offensive coordinator: Mike Bajakian. Most recently, Bajakian was the quarterbacks coach for the Tampa Bay Buccaneers.