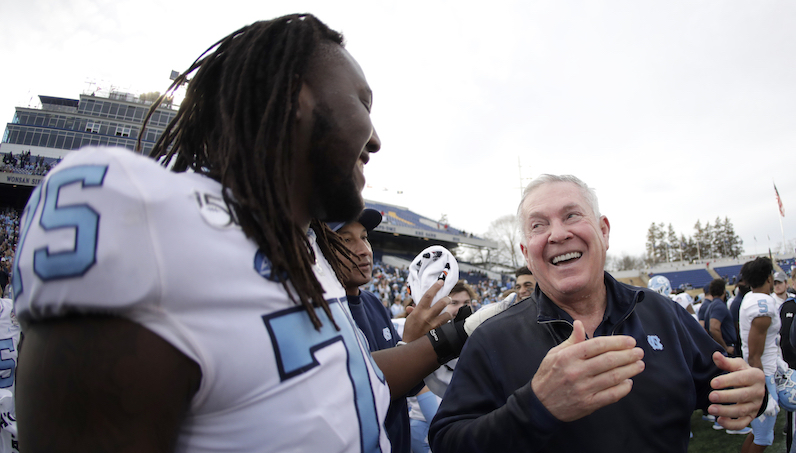 One of the top offensive line prospects in the 2021 recruiting class — Diego Pounds — is set to announce his college choice this Friday, Sept. 25.

Pounds, a 6-foot-6, 305-pound offensive tackle, plays his prep ball for Millbrook (HS) in Raleigh, N.C. 247 Sports ranks Pounds as the No. 36 offensive tackle in the 2021 class and a top 25 prospect for the state of North Carolina.

Several local schools are in the mix for Pounds: UNC, NC State and Duke. However, his recruitment has taken on a national profile; Penn State is viewed as the favorite to land Pounds, while SEC programs LSU and Auburn are strong contenders, too.