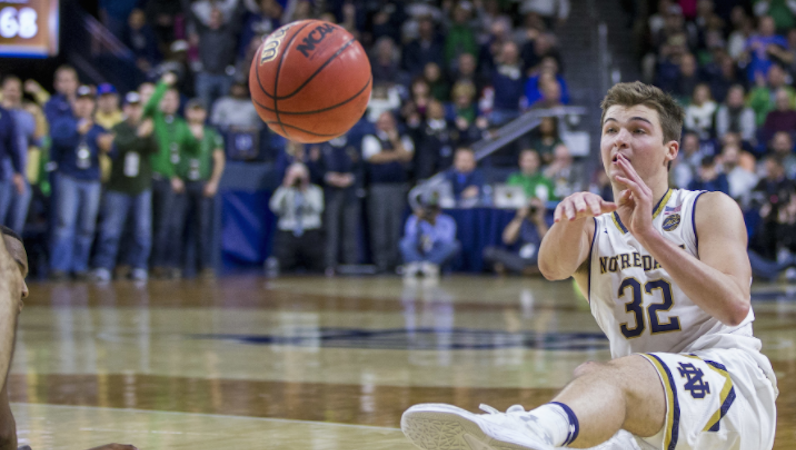 Notre Dame has dropped four of its most recent five games. That’s something the Fighting Irish haven’t done since the 2013-14 season.

It’s a talking point that borders on parody, but the ACC really is a minefield; there are just so many good teams in this league.

Most teams won’t be immune to a slump at some point in conference play. Three of these four defeats — Florida State, Virginia and Duke — have come against teams ranked inside the KenPom.com top 20. Georgia Tech is the one outlier, and the Yellow Jackets are currently on a campaign to shatter all preseason expectations.

Over this stretch, Notre Dame hasn’t played particularly poorly. The defense struggled at times against Duke and Virginia, but overall the Fighting Irish have played decent basketball.

Nine players have participated in all 23 games this season for Notre Dame; that’s Mike Brey’s rotation. However, only five of those players average above 19 minutes per game: V.J. Beachem, Matt Farrell, Bonzie Colson, Steve Vasturia and Rex Pflueger. That’s razor-thin, and if one player struggles, it can crater the whole operation.

Vasturia is one of the ACC’s best and most accomplished players. He’s played in over 120 career games and has scored more than 1,200 points during his time in South Bend. The senior is playing the best basketball of his career.

In this recent backslide, however, Vasturia — who leads Notre Dame in minutes played — has failed to find footing from the field. Over the last five games, he has scored 11 points per game, but the jumper just isn’t falling with its normal regularity: 30 percent from the field, 30.8 percent on three-pointers.

In back-to-back losses against Georgia Tech and Duke, Vasturia has shot a combined 2-of-16 from the floor and has made just one of his nine attempts from beyond the arc. That’s unheard of coming from a guy who ranks 15th in the ACC in points per possession on spot-ups, according to Synergy Sports: 1.17. Vasturia shoots 43.9 percent on such possessions, which is on par with UNC’s Joel Berry (44.4 percent). The senior is one of just 12 players in the ACC to register 100-plus points out of spot-ups so far this season.

Things won’t get much easier for Notre Dame when the Irish travel to Chapel Hill for a meeting with North Carolina this Saturday. It’s not all on Vasturia; other players have struggled, too. Beachem went 1-of-10 and missed all five three-pointers against Virginia; in the losses to Florida State, Virginia and Duke, point guard Matt Farrell has gone a combined 14-of-36 from the field (38.9 percent).

However, If Notre Dame is going to pull off the upset on the road — a high order — and avoid a rare four-game losing slide, Vasturia has to revert back to his usual form and start knocking down three-pointers.