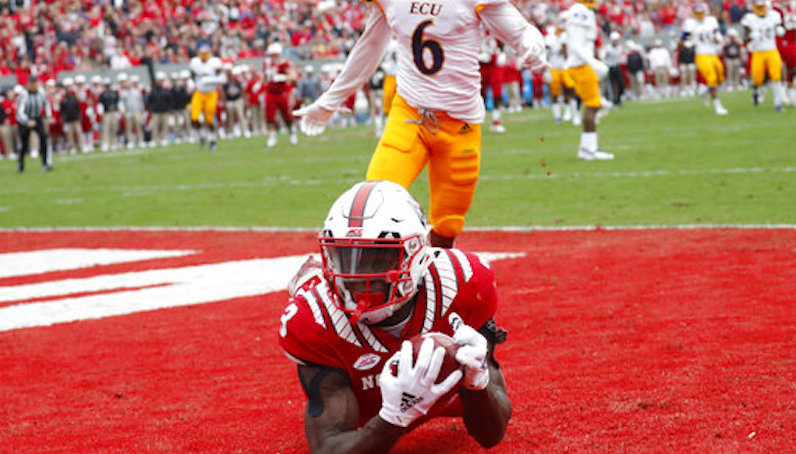 It’s official: NC State junior wide receiver Kelvin Harmon plans to enter the 2019 NFL Draft and will not play in this year’s Gator Bowl. Here’s Harmon, an All-ACC receiver, on the decision:

I have prayed and discussed the path forward with my family and we have decided that it is time for me to proceed to the next chapter in my football life. That chapter will be playing professional football in the National Football League.

God is In Control 🙏🏿 pic.twitter.com/UMiUHyin2k

A native of New Jersey, Harmon is an excellent football player and one of the top receiver prospect heading into the draft. Known for his daring in-the-air catches, he finishes his three-year career at NC State with 117 receptions for 2,665 yards and 16 touchdowns. In 2018, he led the ACC in receiving yards (1,186) and yards per game (98.8).

According to Football Study Hall, he was targeted a team-high 119 times this season — catching over 68 percent of the passes thrown in his direction. In his final game in an NC State uniform, Harmon hauled in six passes for 67 yards and a touchdown.

Another look at a record-setting performance against Syracuse