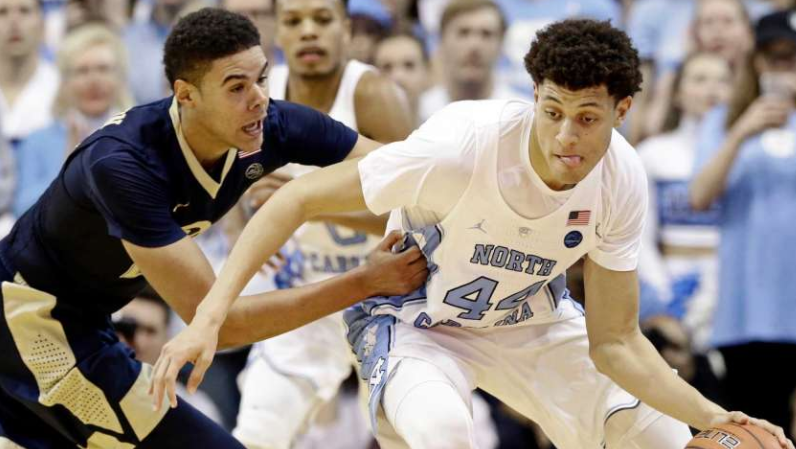 Justin Jackson ranks seventh in the ACC in scoring at 18.7 points per game. (AP Photo)

Justin Jackson scores 18.7 points per game, which ranks seventh in the ACC. However, what if I told you that he could score even more points, without having to increase his usage or take additional shots?

As a wise philosopher once said, “There’s always money in the banana stand.” Well, that logic may apply to Jackson, too. Just go with me for a second.

For comparison: Duke’s Luke Kennard — another jump-shooting demon — has made 50 percent of his unguarded catch-and-shoots, according to Synergy, which is a higher number than his rate of guarded attempts (43.5 percent).

Jackson has recorded 38 unguarded catch-and-shoots this season; he has scored on 11 of those possessions. However, let’s just say he shot 40 percent on the same number of attempts; this means he would have scored on 15 of his catch-and-shoots. It may not seem like that much, but if those are all three-pointers, then that is an extra 12 points. That is not nothing.

North Carolina’s superstar is already one of the league’s best catch-and-shoot missile launchers. He ranks second in the ACC in both catch-and-shoot possessions (152) and points (175) — behind only Andrew White. But there is a chance to net an even larger return in this department; Jackson has the capability to shoot a higher clip on these attempts, there’s an excellent change this levels out.

UNC’s Mack Brown: “I expect us to play college football this fall”