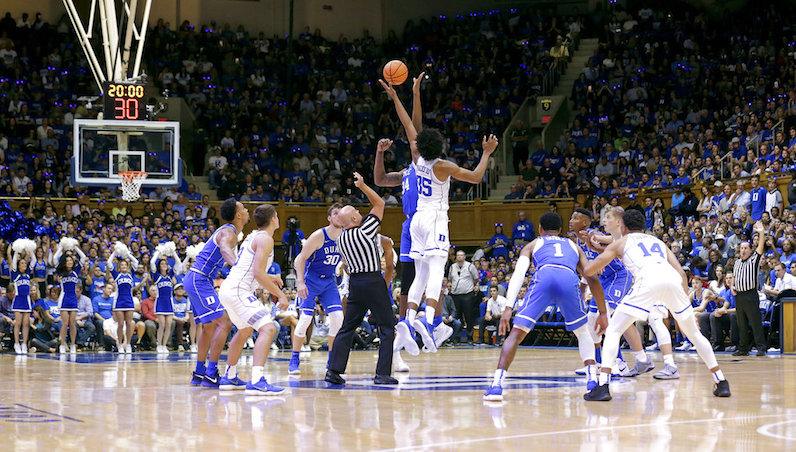 Famed basketball statistician Ken Pomeroy — or, KenPom — released his projections for the 2017-18 basketball season. It’s like Christmas for hoops junkies — myself included.

As usual, the ACC is well-represented. Two ACC programs — Duke and Virginia — land inside the top 10. The Blue Devils check in at No. 6 overall while the Cavaliers of Tony Bennett rank No. 9. In a fun contrast, KenPom’s numbers project Duke’s offense to be the most efficient in the nation: 116.9 points per 100 possessions. Virginia’s defense is projected to be the most stingiest unit in Division I ball, too: 86.8 points per 100 possessions.

The Big 12 and SEC both have two teams in the projected top 10, too.

How does the rest of the ACC rank?