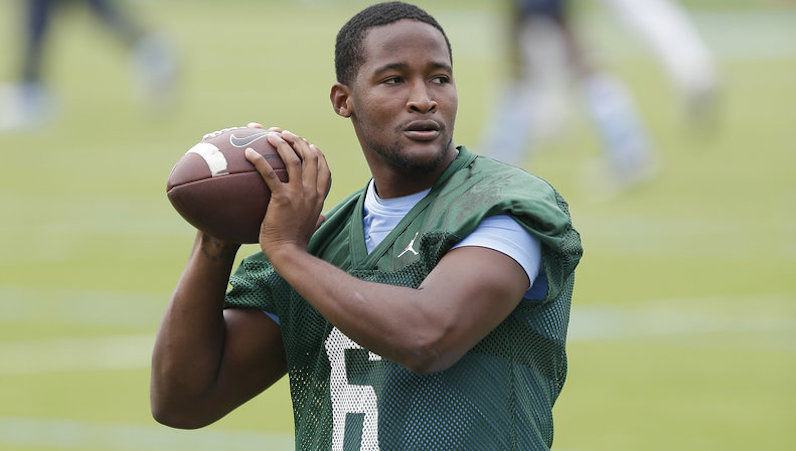 Things may have fizzled out for Harris in Baton Rogue early in the 2016 season; he made just two starts, and was pulled from LSU’s win over Jacksonville State after attempting only four passes.

Harris, however, not only filled a position of need for UNC; he also has the pedigree and skill set that could function nicely in Larry Fedora’s spread offense.

Brandon Harris is a former 4-star and top-100 prospect out of Louisiana. LSU is also one of America’s preeminent football programs (no duh). During his three seasons in purple and gold, Harris played in 25 games. He made 15 starts at quarterback, including all 12 games in 2015 as a sophomore.

North Carolina’s spread attack should allow Harris to unload the ball far more quickly than LSU’s pro-style offense. This means fewer sacks, which is a good thing for a lot of reasons.

According to Football Study Hall, Harris was sacked on 5.8 percent of his dropbacks in 2015. Harris was sacked 17 times that season, which probably doesn’t seem like that much. However, once you factor in how few times the Tigers passed the ball, it’s not such a sterling number.

With its offense centered around the locomotive that is running back Leonard Fournette, LSU attempted only 23.1 passes per game in 2015 — dead last in the SEC. The Tigers ranked 79th nationally in adjusted sack rate. That’s about average.

UNC, on the other hand, has done much better with a system that moves quickly and plays into space. In 2015, Marquise Williams suffered a sack rate of only four percent. A year later — the 2016 season — Mitch Trubisky was sacked on only 4.3 percent of his dropbacks.

It’s a bit different in the pros, but in the NFL, a four percent sack rate is the gold standard. In both of those seasons, the Tar Heels ranked inside the top 30 nationally in adjusted sack rate, per Football Study Hall.

One of the best ways for Harris to avoid hits: become really good friends with veteran receiver Austin Proehl.

Additionally, led by veterans Bentley Spain and R.J. Prince, who have combined for 35 career starts, UNC returns some beef along its offensive line. Other position groups will experience high turnover; however, the line in front of Harris should be sturdy.

If you check the generic 2015 season box score for the LSU Tigers, you will see that Brandon Harris ran the ball 67 times for 226 yards (3.4 per carry) and four touchdowns. That’s not too bad, honestly, but it can look even better with a slight adjustment: remove the sacks.

In college football, lost yards on sacks counts against a passer’s rushing total. That doesn’t seem to make much sense, but the yardage needs to come out of somewhere, I suppose.

Regardless, if you remove sacks from what Harris did on the ground in 2015, his numbers jump. Per Football Study Hall, Harris recorded 54 carries for 327 yards (6.1 per carry). That’s an average of nearly double what his official number states.

Harris showed the ability to avoid tackles, too. He averaged 7.5 Highlight Yards per Opportunity — second on LSU’s roster.

As a sophomore, he did, however, fumble nine times that season — three of which were lost. That’s an area where he will have to improve.

Despite being surrounded with all kinds of talent, Brandon Harris certainly had his issues in LSU’s passing game. But there were some high points, too.

Through the first seven weeks of the 2015 season, Harris was the top rated quarterback in the SEC, according to Pro Football Focus. Harris was especially good throwing the ball deep over the middle.

PFF defines deep passes as attempts when a receivers is targeted at least 20 yards downfield.

Things, however, got dicey in a defeat at Alabama. And while he put up number in losses against Ole Miss and Arkansas, Harris struggled to regain the efficiency he had the first two months of the season.

Could UNC’s 2018 recruiting class be the best for Roy Williams since 2006?