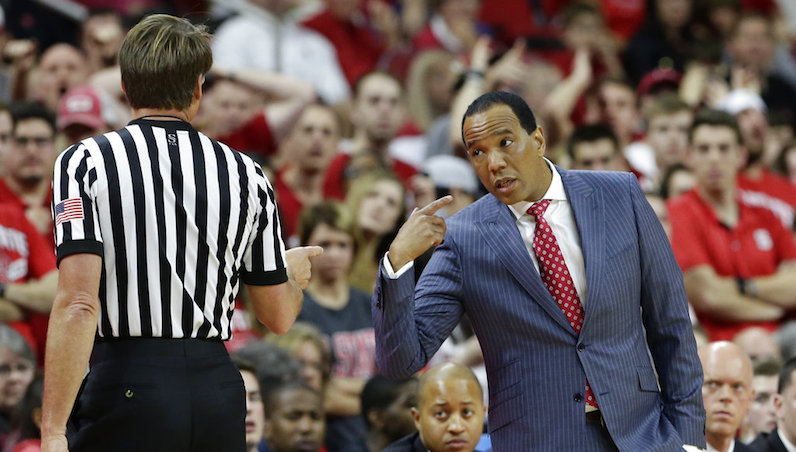 The NCAA Tournament resume for NC State took a serious hit Wednesday night when the Wolfpack fell at home to Georgia Tech, 63-61. State went just 8-of-35 on 3-point attempts (22.9 3P%), including a 0-of-7 performance from Braxton Beverly.

Jose Alvarado to James Banks for the game-winner. pic.twitter.com/YLpU5LyyPN

Banks made all eight of his shots from the field; he finished with 19 points, nine rebounds, five blocks and three assists.

Thanks to a stellar defensive performance, Clemson survived with a critical road win at Notre Dame, 64-62. The Tigers hit just 3-of-12 3-point attempts; however, Marcquise Reed scored 22 points on 8-on-12 shooting from inside the arc. The man likes pull-up 2-pointers, gotta give him that.

On the other end, Notre Dame went just 7-of-25 on its 3-point attempts, and scored only 0.97 points per possession.

According to Inside Carolina, several high-level recruit are expected to be in attendance on Saturday when North Carolina hosts the rematch with Duke.

David Glenn Interviews from this week

How Virginia dismantles zones; plus De’Andre Hunter evolves as a prospect