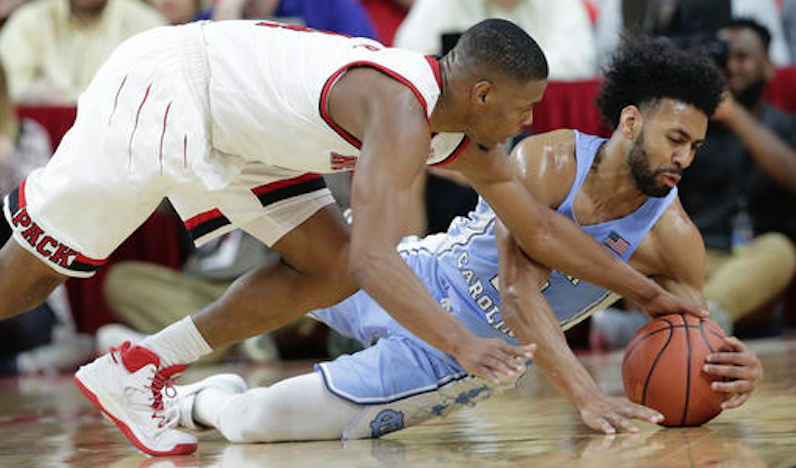 NC State and North Carolina have been ACC members since 1953. (AP Photo)

With Kenny Williams likely out for the season with a knee injury, the Tar Heels face a dilemma in the backcourt. UNC didn’t rely on Williams as a primary scorer, but he was a valuable two-way player.

With Williams out of the rotation, Theo Pinson and Nate Britt will see increased action. Pinson logged his first start of the season in the team’s 97-73 win at NC State on Wednesday.

Neither Pinson nor Britt is expected to become UNC’s top scoring threat. But Pinson is arguably North Carolina’s top defender, while Britt also makes an impact on that end.

If either can find their outside shooting touch — Pinson has made only three shots from three-point range in eight appearances, while Britt has gone without a three-pointer in seven of UNC’s last nine contests — it will be a bonus.