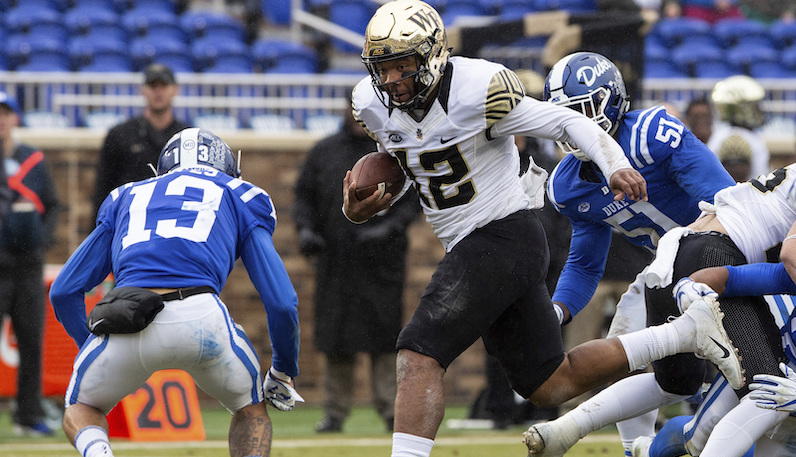 Wake Forest announced that Jamie Newman will be its starting quarterback, ending a drama that played out more in the media than inside the program.

The truth is that the staff believed it was Newman’s job to lose all along. After he closed last season with three wins in four games, it would have taken something dramatic to knock him out of that role. This is the same player who was the MVP of the Birmingham Bowl after throwing for 328 yards and a touchdown and running for 91 yards and three more scores.

Steve Forbes on Carter Whitt: “I think he’s handled it very well; I see him getting better and better every day”

Dave Clawson on Wisconsin matchup, 2020 season: We hit a point about 2 weeks after the UNC game where our team was close to the edge