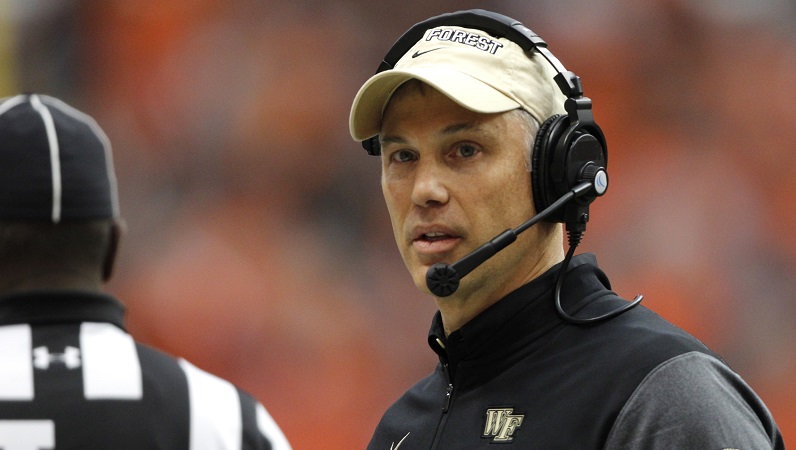 When Dave Clawson and his staff went out to recruit their first full class at Wake Forest, they didn’t have much to sell on the offensive side of the ball.

In Clawson’s first season, the Deacons averaged 1.3 yards a carry, allowed 48 sacks and scored 16 offensive touchdowns. Their lone ACC win became a national joke when they finished in a 0-0 tie in regulation with Virginia Tech, eventually winning 6-3.

Even last season, when Wake Forest went to a bowl game, the defense led the way.

Still, Clawson and his staff managed to bring in enough skill-position talent to lead to this year’s offensive explosion. Some players were steals, like nabbing Matt Colburn when Louisville asked him to grayshirt. Others, like star receivers Greg Dortch and Tabari Hines, barely received attention from other Power Five schools.

Last offseason, Wake Forest landed three wide receivers and a running back, but none were flooded with Power Five offers.

So now that the Deacons have something to sell on the recruiting trail — No. 2 in the ACC in total offense — can they land some higher-ranked skill players?