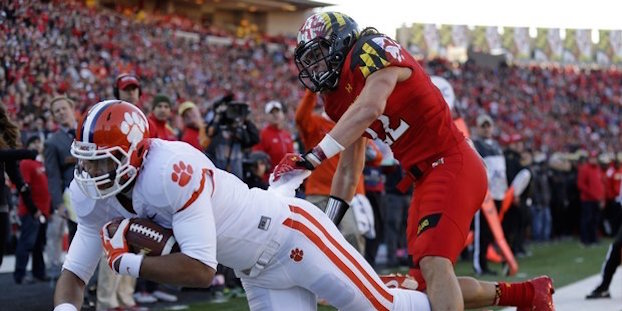 Dancel is a fifth-year transfer and is eligible right away due to the graduate transfer rule. He will have one season of eligibility with the Demon Deacons.

This move marks the third stop in Dancel’s college career. After graduating from Maryland’s Good Counsel High School in 2010, he started as a defensive back at New Mexico. He then transferred closer to home to Maryland, where he took a redshirt in 2012, contributed as a special teams player in 2013 and saw the field more regularly in 2014. As a junior last season, he played in 10 games, making one start at safety. He made 15 tackles on the year and registered a pair of pass break-ups.

It remains to be seen how Dancel will fit into Wake Forest’s secondary. He’s played both safety and cornerback, so he should be a valuable piece for the Demon Deacons as they continue to stock up in the 4-2-5 defense. Wake Forest lost three senior starters in the secondary, so the door is open for Dancel to claim significant playing time. If he stays at safety, he’ll compete with Jalen Letter, Thomas Brown, Ryan Janvion and a host of freshmen for a spot on the depth chart.