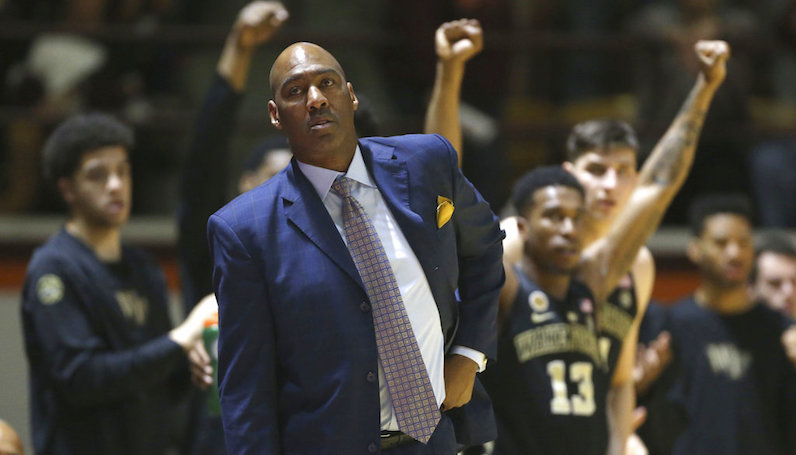 FILE - In this Saturday, March 4, 2017, file photo, Wake Forest head coach Danny Manning watches from the bench during the first half of an NCAA basketball game against Wake Forest in Blacksburg, Va. Whenever John Collins mentions that he plays for Wake Forest, he usually gets a question about his famous coach. Everybody wants to know about Danny and The Miracles. Manning led Kansas to the 1988 national title, knocking off Kansas State along the way. He’s got Wake Forest (19-13) back in the NCAA Tournament for the first time in seven years, facing K-State again. (Matt Gentry/The Roanoke Times via AP, File)

At about this same time of year in 2013, Ron Wellman was facing a problem. Practically, it was two problems: the football and basketball programs.

But really, it was one problem: Wellman’s legacy as athletic director at Wake Forest.

Heading into his 22nd year at Wake Forest, Wellman had led the school…