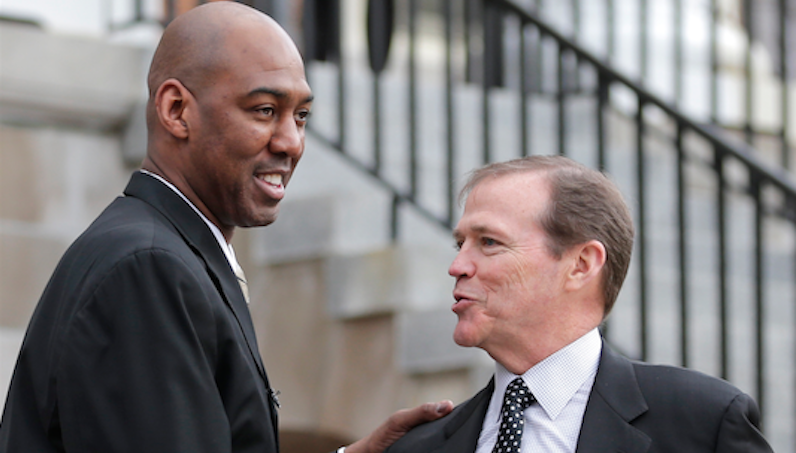 The Wake Forest men’s basketball program announced on Monday the addition of two preferred walk-ons to the roster for the 2018-19 season. Sophomore guard Miles Lester, who played his freshman season at Rice, and incoming freshman forward Blake Buchanan will join the program as non-scholarship players.

“We are excited to have Miles and Blake join our program,” said head coach Danny Manning. “Walk-ons serve an important role in our program and we are confident that the skill and attitude that these two young men exhibit will help our team get better every day. Miles had an impressive freshman season at Rice and brings a contagious passion for the game and a strong work ethic to our team. Blake comes from a highly successful high school program and knows what it takes for a team to be successful. We are looking forward to seeing the impact they will both have in our program.”

Lester, a native of Wichita, Kan., transfers to Wake Forest from Rice, where he played his freshman season in 2017-18. The 6-0 guard will sit out in 2018-19 due to NCAA transfer rules before having three years of eligibility remaining.

At Rice, Lester appeared in 29 games, starting five, during his freshman season. He averaged 3.1 points and 1.6 assists in 12.4 minutes per game, shooting 38 percent from 3-point range and 74 percent from the free throw line. He scored in double figures three times, including a season-high 13 points vs. Western Kentucky on Feb. 17.

Buchanan, a 6-5 forward from Durham, N.C., comes to Wake Forest after a high school career at Voyager Academy. He averaged 10.3 points, 6.1 rebounds and 4.6 assists per game as a senior as Voyager won its third consecutive conference title. A two-time all-conference selection, he also helped Voyager win the 2016 state championship during his sophomore year.

Read more: What Wake Forest is trying to accomplish with their two graduate transfers