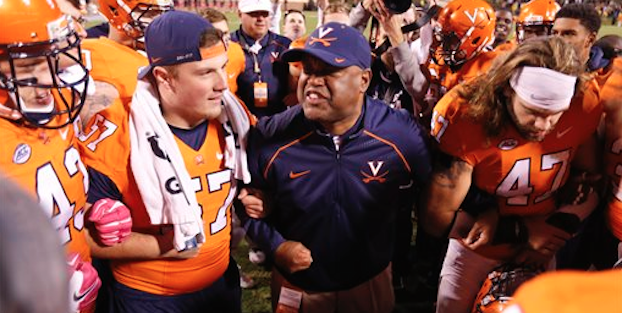 Mike London and Virginia are off to a 2-4 start this season. (AP Photo)

Mike London is in his 6th season as the Virginia head coach. Even after a triple overtime win over Syracuse moved the Cavaliers to 2-4 on the season, it is widely believed London is “coaching for his job,” despite facing a consistently difficult non-conference schedule the past few seasons.

On Wednesday he joined David Glenn on the radio to talk about how he and his team are maintaining focus.