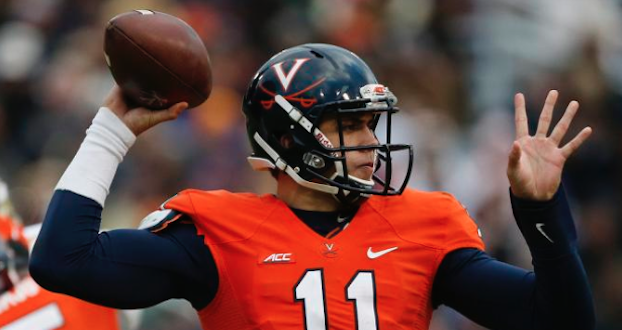 Charlottesville, Va. – Virginia football head coach Mike London announced Saturday junior quarterback Greyson Lambert has been granted a release. Lambert will complete his undergraduate degree in anthropology from Virginia this summer and will have two years of eligibility at his new school.

Lambert’s release allows him to transfer to any non-Atlantic Coast Conference school and any school not on UVa’s 2015 or 2016 football schedule.

“I met with Greyson earlier this week and he explained to me his reasons for wishing to transfer,” said Virginia coach Mike London. “I want to wish him well and appreciate everything he has done for our football program. He is a fine young man and will do well.”