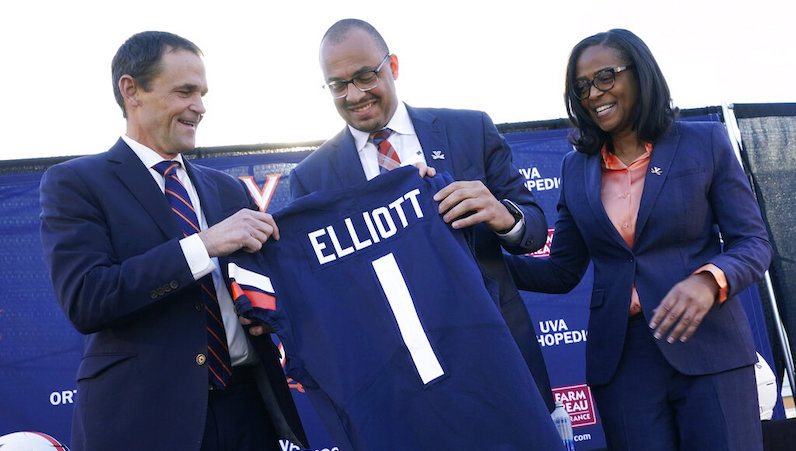 Virginia football has its second commitment for the 2023 recruiting class, and it’s another in-state prospect: Donte Hawthorne.

Hawthorne, a 6-foot-1, 200-pound running back from Fredericksburg (Va.) Massaponax, committed to Tony Elliott and the Cavaliers over the weekend. He joins Cole Suber, a 3-star offensive lineman from Nokesville, in Virginia’s 2023 class.

#UVa has landed it’s second in-state commitment in 2023 in as many pledges with Massaponax RB Donte Hawthorne. https://t.co/GCakpv9d8j https://t.co/JK2qXXggjV

Hawthorne’s commitment comes about a month after he received a scholarship offer from Virginia.

Which UVA quarterbacks land on the ACC’s Top 20 of the last 30 years list?