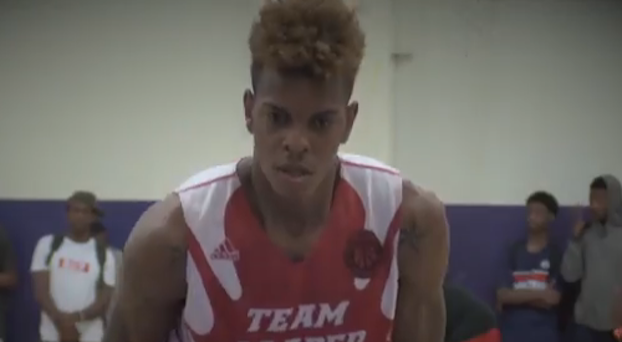 Shaun Kirk is a member of the Wolfpack after all, (YouTube)

NC State coach Mark Gottfried got a verbal commitment from his first recruit in the class of 2015 on Monday night.

By Tuesday, the recruit was on the verge of flipping.

Shaun Kirk (6-7, 185, Red Springs, North Carolina) is a 3-star small forward at the Flora MacDonald Academy. On Monday, he chose the Pack over offers from Wake Forest and Auburn. Initially listed as a member of the class of 2016, Kirk is eligible to reclassify and enter college this coming school year.

Now the bad news for Gottfried and the Pack: By Tuesday morning, reports surfaced that Kentucky had offered a scholarship to Kirk, which was causing him to reevaluate his decision.

Kentucky is trying to fill out its roster after seven players left early for the NBA Draft. The Wildcats missed on recruit Brandon Ingram earlier in the day, as did NC State. Scout.com quoted a source who said that the offer “changed things.”

“He intends to explore that option,” the source told Scout of the Kentucky offer.