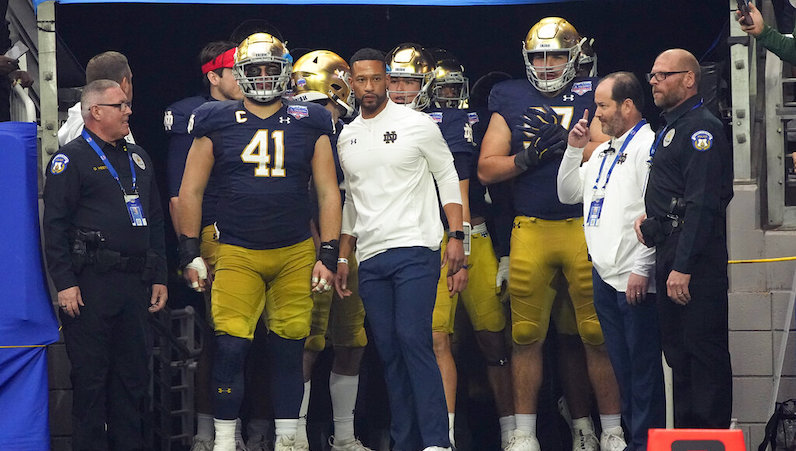 Sullivan Absher will announce his college decision on Friday, May 13. All signs point to Notre Dame for the 4-star talent. Every 247 Sports recruiting analyst projects Absher to Notre Dame.

Last month, Absher, a 6-foot-7 offensive tackle from Belmont (N.C.) South Point, announced his top three programs. Notre Dame, NC State and Clemson were all that was left. At the time, NC State felt good about its chances. Now, Notre Dame is poised to land another talented prospect from the state of North Carolina.

According to 247 Sports, Absher ranks as a Top 10 prospect in North Carolina and a borderline Top 200 overall prospect in the 2023 recruiting cycle.

As far as the Top 10 prospects in North Carolina go, several will once again leave to play for out-of-state programs. Back in March, Florida State landed a commitment from 4-star defensive lineman Keith Sampson.

Currently, NC State is in a fight with Ohio State Noah Rogers, a 4-star wide receiver from nearby Rolesville. NC State made Rogers a priority target years ago, too.