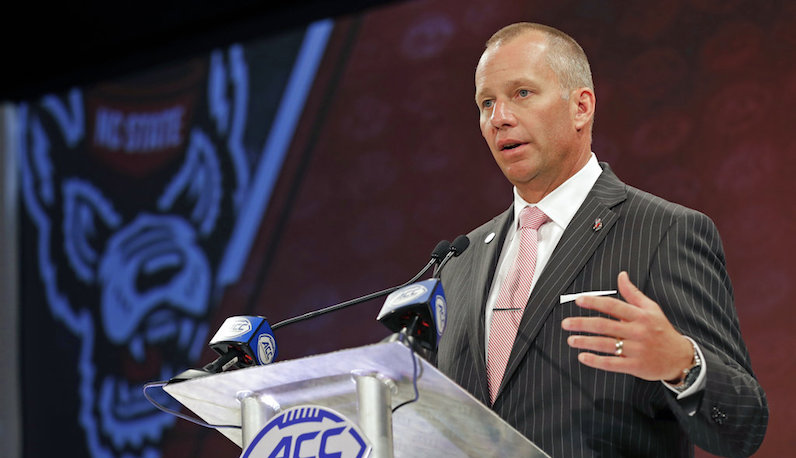 Most noteworthy though is McDonald will take over the Charlotte region. As far as recruiting in the class of 2020 in the state of North Carolina, as Charlotte goes so goes the state.

According to Rivals.com, 15 of the top 30 players in the state are in Charlotte or its suburbs, and two more are in nearby Belmont. Its top-ranked player is Porter Rooks, a receiver at now Myers Park High in Charlotte after previously playing for Providence Day School, has already committed to NC State.

McDonald takes over in Charlotte for Eddie Faulkner, who left to become the running backs coach for the NFL’s Pittsburgh Steelers. Faulkner helped NC State sign four Charlotte natives in 2019 plus land four-star defensive tackle C.J. Clark from nearby Stanly County. NCSU also had a one-time pledge from a fifth Charlotte product in offensive tackle Triston Miller before he flipped to UNC, but still each of the players NC State landed were coveted by the rival Heels.

McDonald’s ability to quickly pick up where Faulkner had left off will dictate what kind of success NC State has in the state in the 2020 class.

Read more: David Glenn: Boo Corrigan was a record-setting fundraiser at Army over the last 8 years