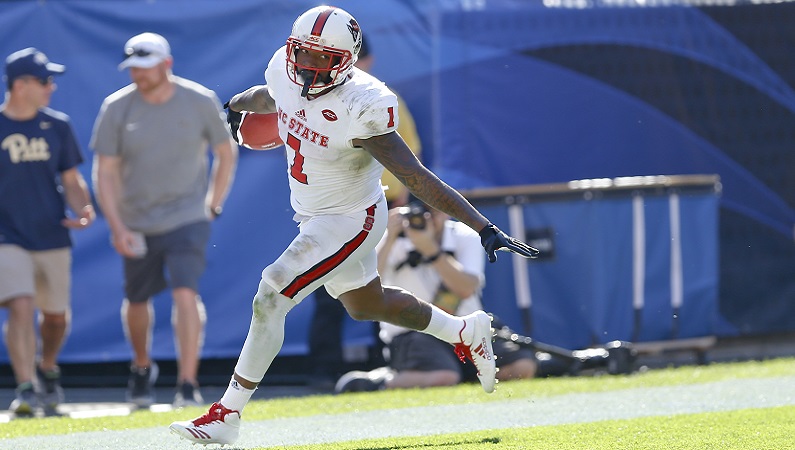 This week marks the beginning of game preparations for the biggest two-week stretch in recent NC State football history. The Pack is at surging No. 9 Notre Dame on Saturday and then host No. 7 Clemson the following weekend.

NCSU is a touchdown underdog at the Irish and will probably retain underdog status against the Tigers. But what if NC State defies the odds and prevails? Would the Wolfpack conceivably be in control of its own destiny for an improbable College Football Playoff bid?

Assuming that the final four will be Power Five conference teams and not include the potential undefeated winner of Central Florida vs. South Florida on Nov. 24, there are 15 other undefeated or one-loss teams in the Power Five (that total includes technically independent Notre Dame).

However, under the hypothetical that NC State beats Notre Dame and Clemson and then subsequently wins out (not an easy task with road games at Boston College and Wake Forest still on the slate), both the Irish and Tigers would have their respective second losses and likely be out of contention for the playoffs. That drops the number to 13.

The same day that NCSU-Clemson play, Oklahoma and Oklahoma State will play each other in a de facto elimination game for a pair of one-loss teams. Now the number is 12. In the ACC, one of Miami and Virginia Tech will get a second defeat that day, knocking off another team.

In the regular season finale, Washington and Washington State would ensure that at least one of those teams would pick up a second loss. Similarly, one-loss Michigan State and Ohio State still have to play each other, and thus the number would shrink to nine: Alabama, Penn State, Georgia, TCU, Wisconsin and the winners of the respective games above.

Who Wolfpack fans should be rooting for

It may be helpful for the Pack if Penn State wins out because that would mean wins over Ohio State, Michigan State and likely Wisconsin. Alabama and Georgia are on a collision course for the SEC title and that outcome could heavily influence the outcome of the playoffs.

The relative weakness of the Pac 12, which does not have a team ranked in the top 10, may preclude a one-loss champion from its league getting in. Thus a one-loss NC State emerging from the ACC title game would be in a very good spot provided the committee does not take two teams from the same league. Penn State winning out and a lopsided Alabama win could ensure that would not happen.

It’s all a fantasy at this point as NC State has a tremendous amount of heavy lifting to even begin to realistically think about this picture, but for NC State fans its been a long time coming to even have this remote conversation.