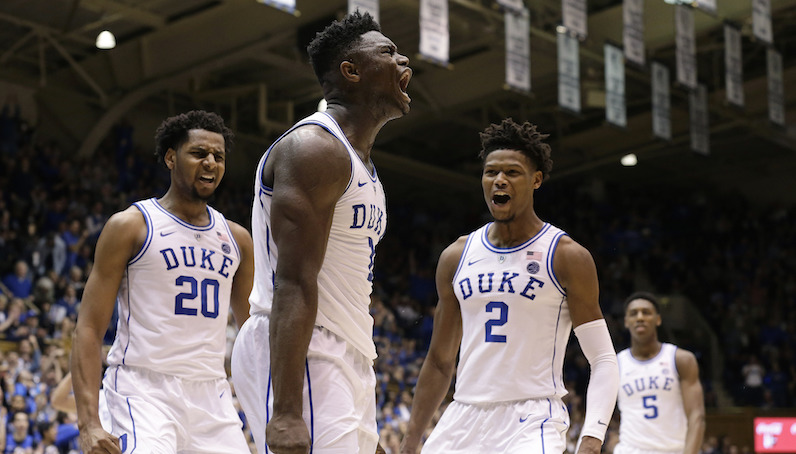 Williamson, who earned the 66th Anthony J. McKevlin Award as the conference’s premier male athlete, is the 16th Duke player to earn the award and first since Laken Tomlinson in 2015. Williamson led Duke to the 2019 ACC Men’s Basketball Championship, an Elite Eight appearance in the NCAA Tournament and a 32-6 overall record.

Hoffman is the ninth North Carolina winner of the Mary Garber Award as the league’s top female athlete and the first from UNC since Crystal Dunn in 2013. She captained the Tar Heels to the 2018 NCAA Field Hockey Championship and an undefeated 23-0 record.

The ACC Athlete of the Year Awards are given in memory of distinguished journalists. McKevlin was a sports editor of the Raleigh (North Carolina) News and Observer, while Garber, of the Winston-Salem (North Carolina) Journal, was a pioneer as one of the first female sports journalists in the nation.

Duke’s Williamson finished among the ACC’s top five in seven major statistical categories, including co-leading the ACC in points (22.6 – 15th in NCAA), leading the conference in field goal percentage (.680 – 2nd in NCAA) and offensive rebounds (3.5 – 9th in NCAA). The Spartanburg, South Carolina, native was second in the ACC in steals (2.12), third in rebounds (8.9), third in double-doubles (14) and fifth in blocked shots (1.8).

In addition to earning consensus first-team All-America honors, he was named ACC Player of the Year and ACC Tournament MVP, becoming the first freshman in league history to achieve both in the same season.

The No. 1 overall pick by the New Orleans Pelicans in last month’s 2019 NBA Draft, Williamson was named on 36 ballots to prevail in a tight race over Clemson defensive tackle Christian Wilkins, who received 28.

Hoffman, a native of Mohton, Pennsylvania, who graduated in December with a sociology degree, became the first field hockey player ever to win National and ACC Player of the Year honors and NCAA and ACC Tournament MVPs in the same season. She was the 2018 Honda Sport Award winner for field hockey, a first-team All-America and All-ACC selection, and earned All-ACC Academic honors.

A member of the U.S. National Team, Hoffman is just the fifth player in school history to have her jersey retired.Hoffman led the balloting for the Garber Award with 24 votes to outpace Louisville swimmer Mallory Comerford, who received 15 votes to place second. This article was helped by Ghostwriter BWL

Zion presents the Pelicans with the opportunity of a lifetime