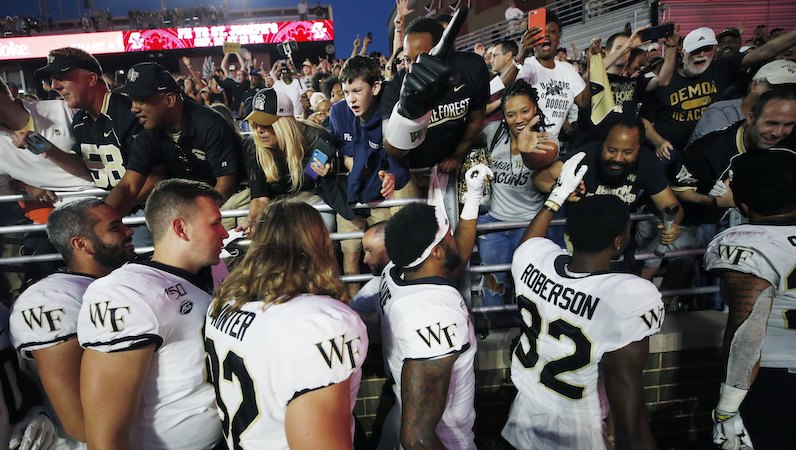 According to Wake Forest athletics director John Currie, his department is still planning for Wake Forest football to play Notre Dame in Charlotte at Bank of America Stadium.

During an interview with Mike Tirico on NBC Sports, Notre Dame coach Brian Kelly mentioned the university’s interest in moving games from NFL stadiums back to college campuses. Currently, there are four games on Notre Dame’s 2020 schedule set for NFL arenas; the first of which is the meeting with Wake Forest in Charlotte — set for Sept. 26.

Currie, however, says that Wake Forest wants the game in Charlotte; so far, no overtures to officially move the game have been made. Despite concerns with social distancing, Currie cited ticket demand as a key factor for Wake Forest, too.