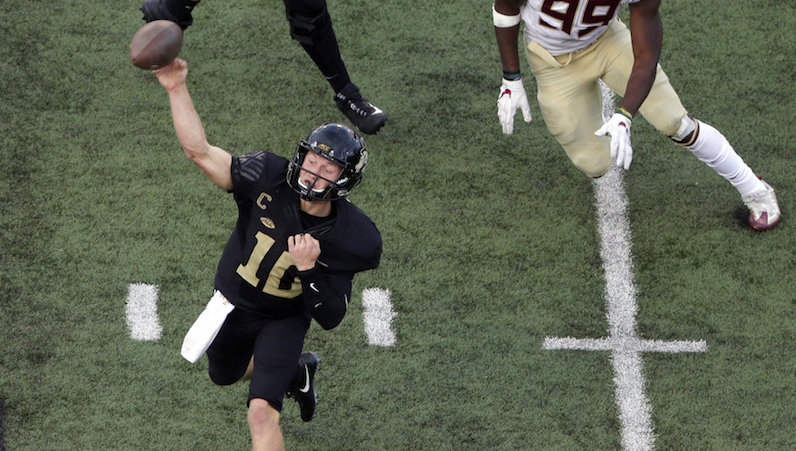 During Wake Forest’s 4-0 start to the season, Dave Clawson and his coaching staff tried to play things as close to the vest as possible. With the Deacons winning three of those games in blowouts, they were able to not reveal much before the meat of the schedule arrived.

Against Florida State, the Deacons showed a variety of wrinkles. Well, at least they did in one part of the game: strangely, the running game play calls were pretty pedestrian (although receiver Greg Dortch did get four carries), with quarterback John Wolford carrying 19 times.

But in the passing game, Wake Forest revealed a variety of formations. The main goal appeared to be to spread out the Seminoles. A common look involved three receivers, including tight end Cam Serigne, bunched on one side with at least one, sometimes, two receivers on the other side.