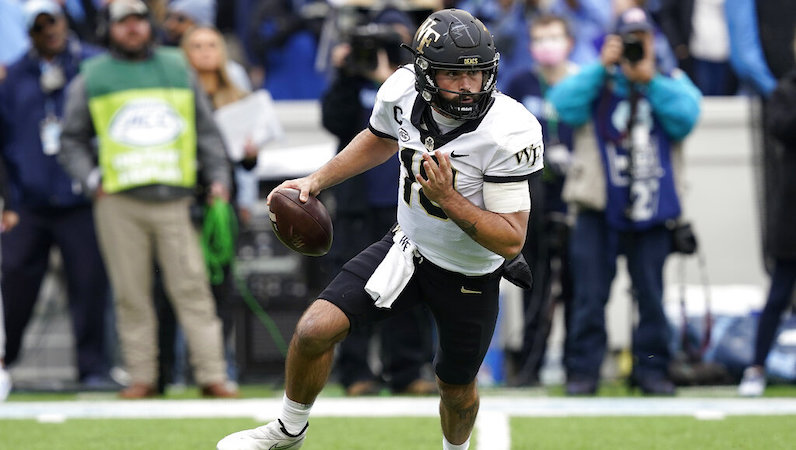 This week’s College Football Playoff rankings feature some movement for three ACC programs inside the top 25. Two of those teams are set to matchup this Saturday in one will be a pivotal Atlantic Division battle: NC State at Wake Forest.

Following the loss at North Carolina, Wake Forest slipped from No. 9 back to No. 12. NC State, which won on the road at Florida State, moved up from No. 19 to No. 12. Pitt beat Duke by multiple touchdowns and climbed up to No. 21, from No. 25.

It may seem strange, but you gotta admit that it’s fun: Winston-Salem will be the location for a massively important football game on Saturday.

New Year’s Six based on this week’s CFP rankings:

NC State defeated Wake Forest in Raleigh last night, 45-42. Prior to that moment, Wake Forest had one three straight in the series, which has been rather competitive over the last two decades.