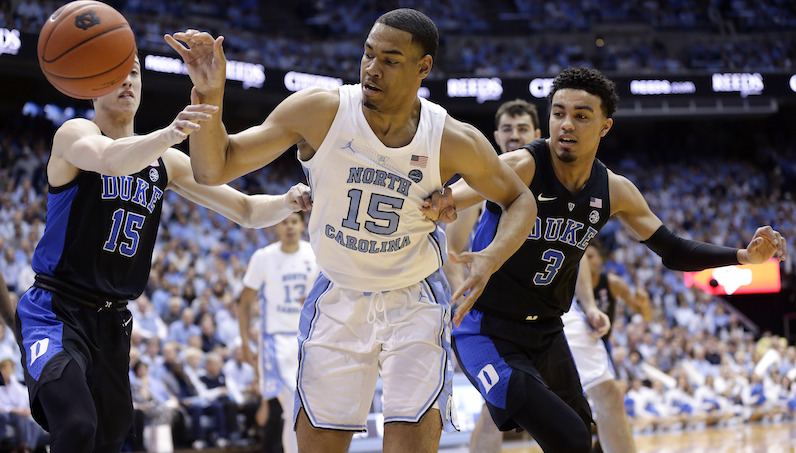 Virginia has been chosen as the preseason favorite to capture the 2020-21 Atlantic Coast Conference Men’s Basketball Championship, as chosen by media members in advance of the 2020 Operation Basketball event. It marks the first time since the 1982-83 season that the Cavaliers were selected the preseason ACC favorites.

Garrison Brooks, Player of the Year

North Carolina senior forward Garrison Brooks was selected as the Preseason ACC Player of the Year. A second-team All-ACC honoree last season, Brooks also earned the 2020 ACC Most Improved Player Award. Named to the national watch list for the 2021 Karl Malone Power Forward of the Year Award, Brooks averaged 16.8 pppg and a team-high 8.5 rpg last season. He led the ACC in scoring in conference play at 18.8 ppg and was second in rebounding (9.0) and field goal percentage (.535).

Scottie Barnes, Freshman of the Year

Florida State guard Scottie Barnes was picked as the Preseason ACC Freshman of the Year. The highest rated recruit at FSU under head coach Leonard Hamilton and his staff (No. 6 nationally), Barnes was selected to play in the 2020 McDonald’s All-American Game, the Jordan Brand Game and the Nike Hoop Summit following his senior season.

Preseason ACC Player of the Year

Preseason ACC Freshman of the Year

Quick notes of the 2020-21 schedule for ACC Basketball