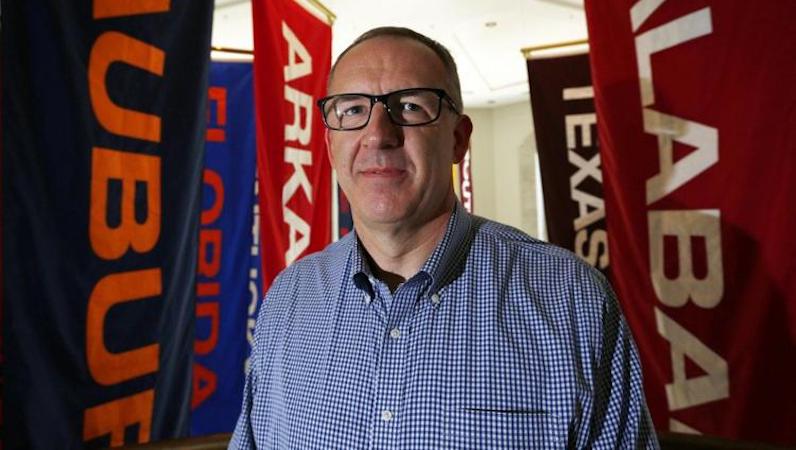 In this May 23, 2016, file photo, Southeastern Conference commissioner Greg Sankey poses in Birmingham, Ala (AP Photo)

As the 2020 college football season hangs on by what appears to be an every-fraying thread, the SEC remains ready to play some ball. During an appearance Tuesday morning on the”Dan Patrick Show,” SEC commissioner Greg Sankey remained adamant that his league will play football in the fall of 2020.

SEC commissioner @GregSankey on @dpshow: "Our medical advisory group has said, ‘Yes, we can continue to go forward.’ Should that advice change, that would certainly be a stopping point."

Of course, there remains an alarming lack of transparency with these medical processes — on a conference-by-conference basis. This concern extends down to the Group of Five leagues, too.

Big Ten presidents are supposed to meet today; for now, things remain up in the air. There continue to be breaks in that league’s chain of communication, though.

The ACC, for now, is still planning for a fall football season, too, according to reports. However, that situation remains tenuous.

Every commissioner: “We rely on our Medical Advisory Task Force Working Group Science Committee for all decisions.” Well, what specifically are they telling you?! Why are you not sharing that information, and sharing it with the public? So much for the “educational mission.”