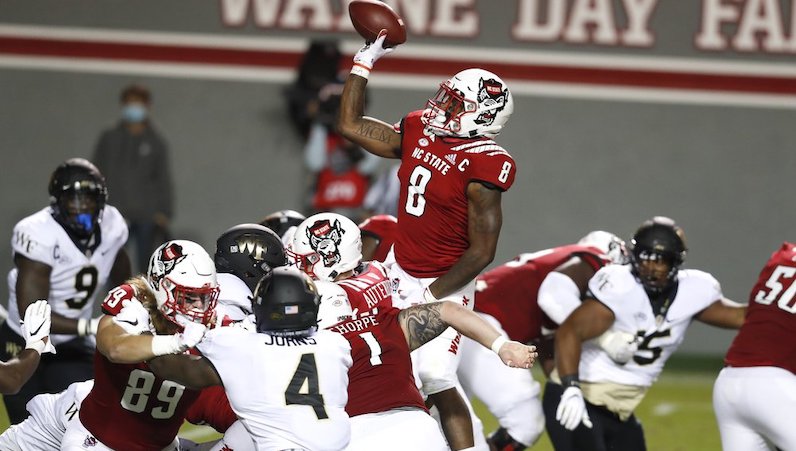 During Monday’s media availability, Dave Doeren mentioned that NC State will get two key offensive performers back for Friday’s matchup with Miami. Running back Ricky Person and offensive tackle Justin Witt both return.

Person is a very productive piece for NC State’s offense. The junior back has run for 335 yards (4.6 yards per carry) and three touchdowns this season. Person, who has four carries of 20+ yards, also has nine receptions for a total of 59 yards.

Dave Doeren says that both running back Ricky Person and offensive tackle Justin Witt are both back.

When NC State opened the 2020 season with a 45-42 win over Wake Forest, Person completed a 2-yard touchdown pass — the first of his career. He left the UNC game with a concussion.

With 17 career starts and over 1,200 snaps under his belt, Witt is one of the main veterans along NC State’s talented offensive line; however, shoulder injuries have cut his time on the field short. His return could provide a significant boost for the Pack’s offense, which will once again turn to Bailey Hockman at quarterback.

On the defensive side of the ball: safety Tanner Ingle will return, too, after missing the North Carolina game. One of NC State’s top defenders, Ingle has 19 tackles and two pass break-ups this season. Ingle is listed as NC State’s starting free safety.

DJ Uiagalelei to start again for Clemson against Notre Dame