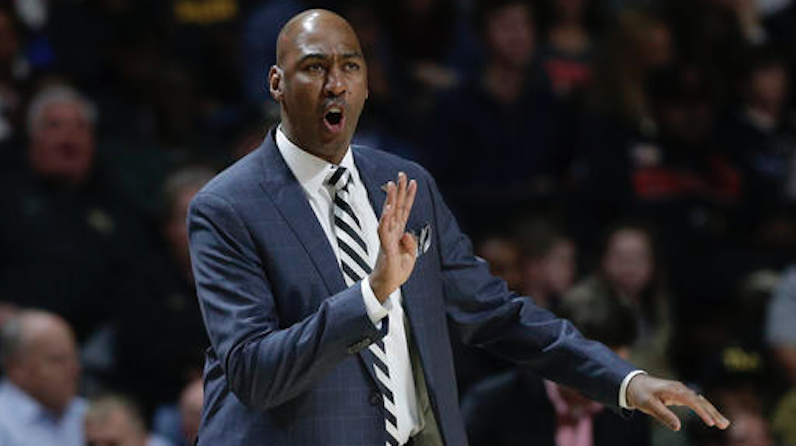 Danny Manning will have at least two scholarships to use on the 2018 recruiting class. (AP Photo)

As Wake Forest was in the process of finalizing a deal with Steve Forbes to become the program’s next men’s basketball coach, some additional information leaked out with regards to now former head coach Danny Manning.

According to tweet from Jeff Goodman of Stadium, Wake Forest is under the impression that it can avoid paying Manning’s full buyout.

Sources: Wake Forest believes it does not have to pay Danny Manning the $15 million he had on his existing deal because he failed to meet certain criteria. Been told Wake feels it owes Manning less than half of the $15 million. Two sides could wind up gong to court or settling.

This buyout has long been a sticking point in the debate over what to do with Manning. In Nov. 2017, Manning and Wake Forest, led by former director of athletics Ron Wellman, agreed to a contract extension. The deal signed Manning through the 2024-25 season.

As has been noted in the past, Manning’s buyout is significant. In Nov. 2018, Goodman reported that Manning’s buyout hovered around $18 million at the time, assumedly because the coach then had six years left on his deal, at an average of about $3 million per season. That same math would leave the current buyout number at $15 million, since “only” five years remain on the contract now.

ACCSports.com reported the first week of March that negotiations between the two parties — Manning’s agent and Wake Forest — had already started. Without knowing the explicit language in Manning’s deal, it’s unclear how Wake Forest has leverage.

Manning coached for six seasons at Wake Forest. During his time with the program, the Demon Deacons produced just one winning season, which came with a 2017 NCAA Tournament appearance, too. Manning’s record with Wake Forest is 78-111 (.413).