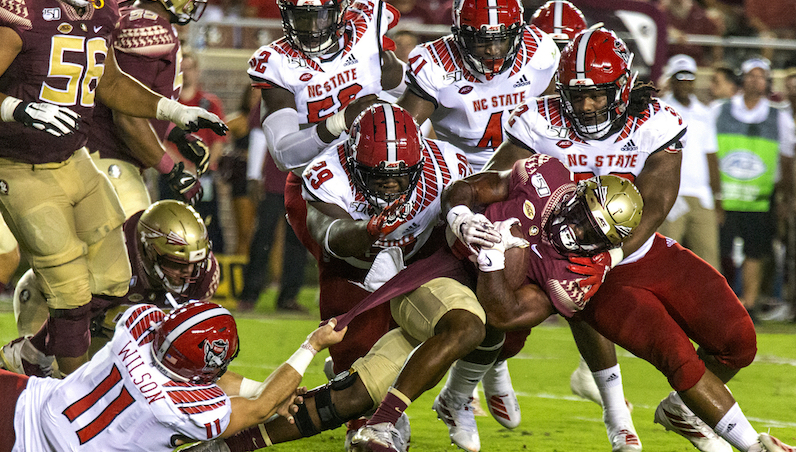 Let it be known: Payton Wilson — the star of NC State’s defense and the ACC’s leading tackler — has a high tolerance for pain. During NC State’s 23-13 home victory over Georgia Tech, Wilson dislocated both of his shoulders in the first half. However, Wilson popped the shoulders back in and continued to play.

As NC State won its seventh ACC game this season — a program record — Wilson collected 11 total tackles, including 2.5 for loss. For his efforts, Wilson was named ACC Linebacker of the Week.

Wilson is the only FBS player in the country with 100+ tackles and two or more interceptions this season. The last NC State player to hit those benchmarks in the same season was Josh Jones, back in 2016.

Also, NC State linebacker Payton Wilson named ACC linebacker of the week after 11 tackles vs Ga. Tech. Wilson dislocated both shoulders in the first half and popped them back in Mel Gibson style. Christopher Dunn was the specialist of the week.