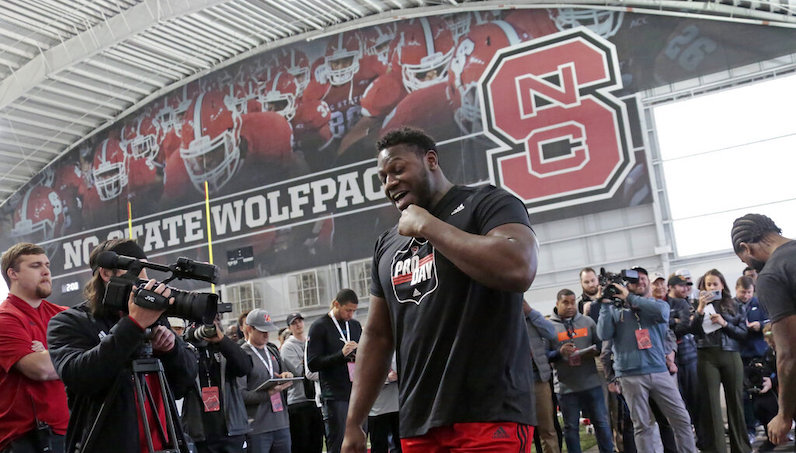 Obadiah Obasuyi is head to Raleigh: the 6-foot-6, 290-pound offensive tackle committed to NC State. Obasuyi’s commitment comes on the heels of his official visit to NC State, too.

Recently, several other programs took a liking to the fast-rising prospect from Alpharetta (Ga.) High; Georgia Tech, Mississippi State, Duke, East Carolina and UCF all offered. Obasuyi was set to visit Duke next weekend; however, that was before he picked NC State.

Once again, NC State offensive line coach John Garrison was the lead recruiter for the Wolfpack. Garrison ran point on two other recent NC State commits, both offensive linemen: 3-star Charlie Symonds and 3-star Darion Rivers. The Wolfpack now have a trio of offensive tackle commits in this cycle.