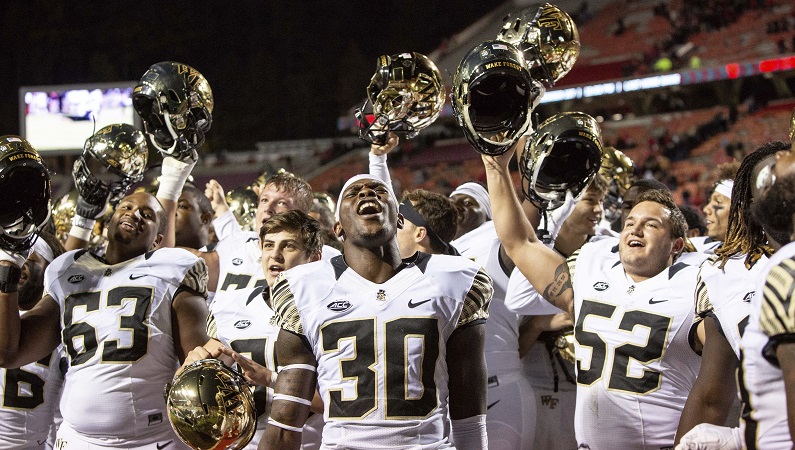 Following some of its counterparts along Tobacco Road, Wake Forest University has decided to have no fans/spectators at fall sports for the month of September — at least.

Within the last week, both UNC and NC State made the same decision: no fans for fall sports in September. Duke, however, went one step further: no fans at home games indefinitely.

This of course means no fans for Wake Forest home football games. During the month, the Demon Deacons are scheduled to host one opponent at Truist Field: Clemson Sept. 12, which will be televised nationally.

Wake Forest announces that it will open the season without fans. Extends to all fall sports and goes through September (at least).

Wake Forest football’s other “home” game the month comes Sept. 26 against Notre Dame; however, that game is set for Bank of America Stadium in Charlotte.

For now, though, there’s no announcement on how tickets will be handled that game.

Wake is still waiting to hear from the Panthers on that game https://t.co/VENM7ySFwB

On Monday, the Carolina Panthers made the decision to not have fans at their first home game, which is on Sept. 13.