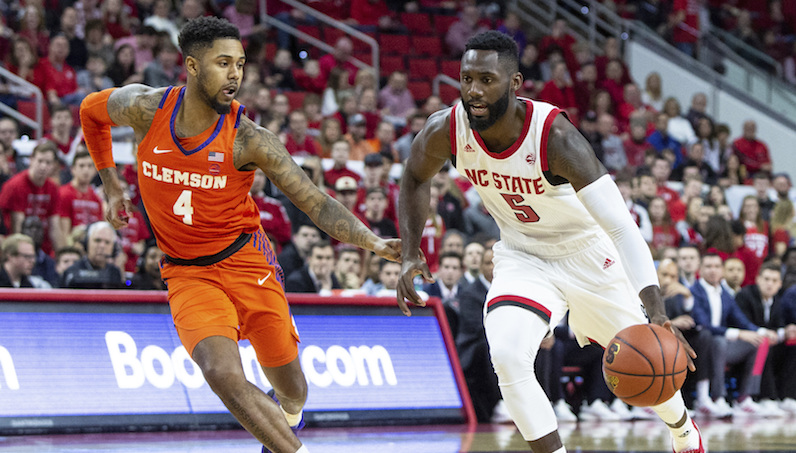 According to court records, NC State guard Eric Lockett has been charged with assault. Lockett, 23, was not in uniform for NC State’s game Wednesday night against Syracuse. During a fight at his apartment on Tuesday, he hit his girlfriend, per arrest records.

BREAKING: Eric Lockett’s girlfriend of 2 years, the alleged victim in Tuesday’s assault, tells me she wants the charges to be dropped.

“I think he made a stupid mistake out of impulse.” https://t.co/rzIFLCz7O9 @WRAL

The 6-foot-5 Lockett is a graduate transfer from Florida International. He has appeared in 22 games during his lone season with the Wolfpack.