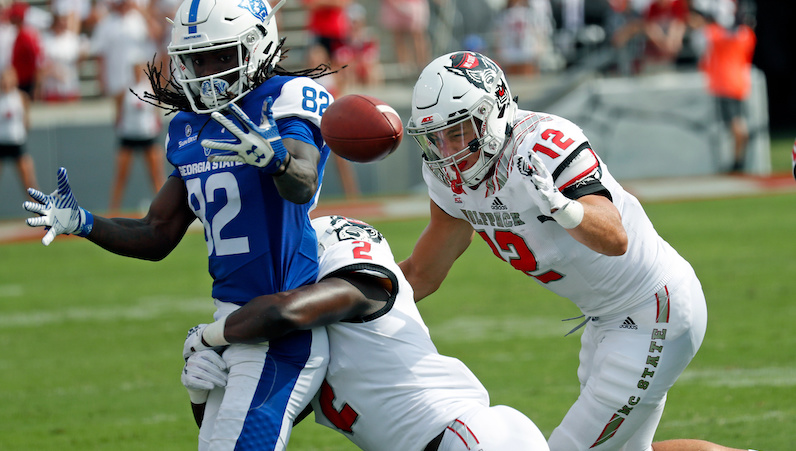 Georgia State's Diondre Champaigne (82) fumbles the ball as he is hit by North Carolina State's Louis Acceus (2) and Brock Miller (12) during the second half of an NCAA college football gam in Raleigh, N.C., Saturday, Sept. 8, 2018. (AP Photo/Chris Seward)

Linebacker is one of NC State’s deepest positions on the roster; however, the Wolfpack will be without veteran back Brock Miller for the 2020 season. Miller announced his decision to enter the NCAA transfer portal, while also thanking the NC State coaching staff. (Update: Miller decided to transfer to Boise State.)