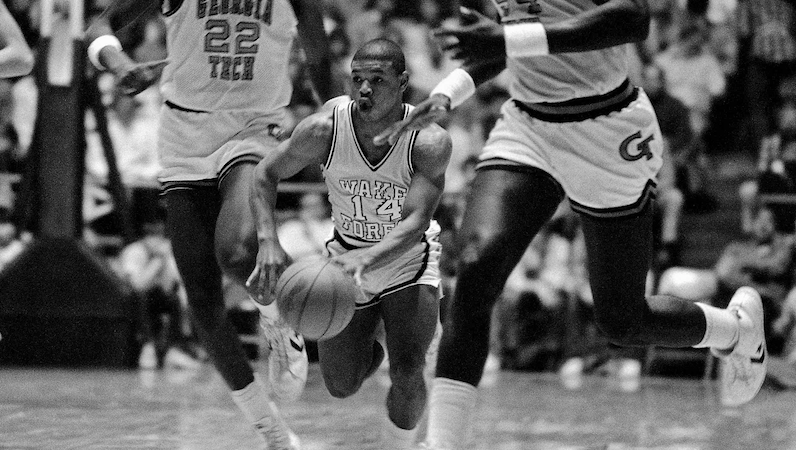 On Tuesday, The David Glenn Show was joined by former Wake Forest star Muggsy Bogues. The ACC legend, who played at Wake from 1983-87, stopped by to promote an ESPN documentary film “Baltimore Boys.”

The movie, which is a part of ESPN’s popular “30 For 30” series, centers around Baltimore’s Dunbar High School’s basketball teams of the early 1980s.

A first team All-ACC selection back in 1987, Bogues, who stood only 5-foot-3 and is the shortest player in NBA history, was selected No. 12 overall in the 1987 Draft. He would go on to play for 14 seasons in the NBA.

Click below to listen to the full interview with Muggsy Bogues

Jay Bilas on UNC: According to NCAA rules, this is not academic fraud