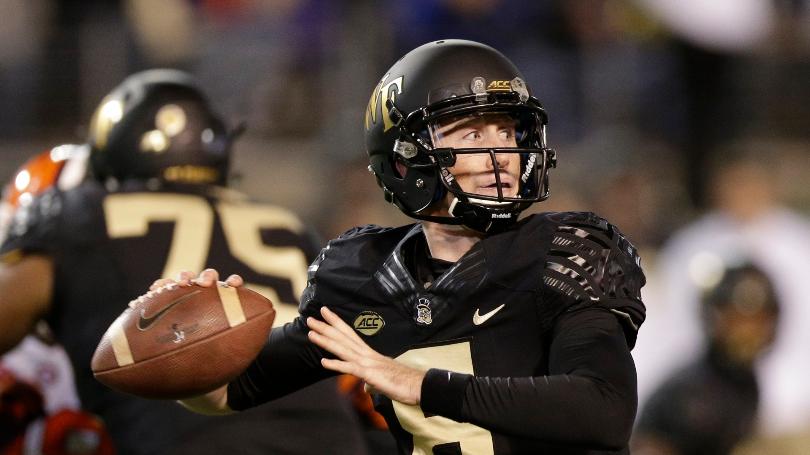 Wake Forest's Kyle Kearns (8) looks to pass against Clemson in the first half of an NCAA college football game in Winston-Salem, N.C. (AP Photo)

Wake Forest quarterback Kyle Kearns has been dismissed from the team due to a violation of team rules, head coach Dave Clawson announced Wednesday.

Kearns played in five games as a redshirt freshman in 2016.  He started once last year against Clemson and played most of the second half against Temple in the Military Bowl.  For the year, Kearns completed 13 of 35 passes for 206 yards.