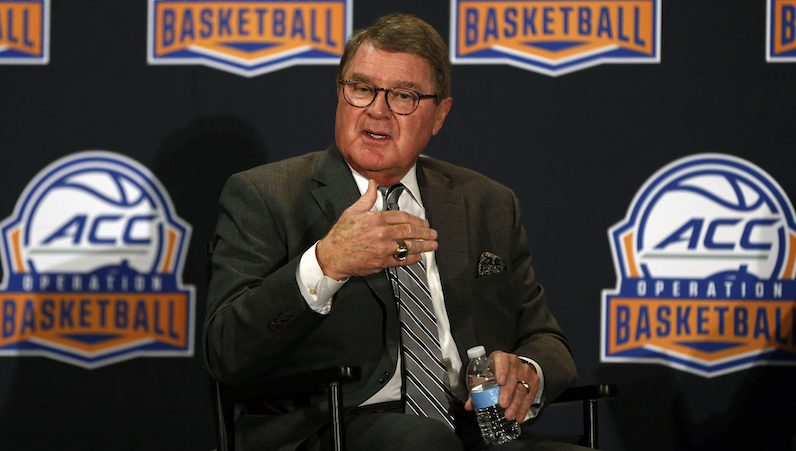 Charlotte — A variety of topics were discussed at Tuesday’s “town hall” with ACC Commissioner John Swofford. However, the main discussion point centered on the Fair Pay to Play Act and name, image and likeness (NLI).

Swofford described the situation as a tough issue (“complicated”) and the California law as “extreme.” While Swofford believes the college model needs to be modernized, he doesn’t think individual state law is the best method.

According to Swofford, there are currently more questions than answers when it comes to new methods for compensating college athletes. However, the Fair Pay to Play Act “pushes the envelope.”

ACC commissioner John Swofford on NIL:
I think California law itself is extreme. We have to be careful about unintended consequences.
How do we modernize NCAA sports without going down the slippery slope of professionalism? Right now there are more Qs than answers.#ACCMediaDay pic.twitter.com/EmR0lk0uM6

Read More on John Swofford and the ACC