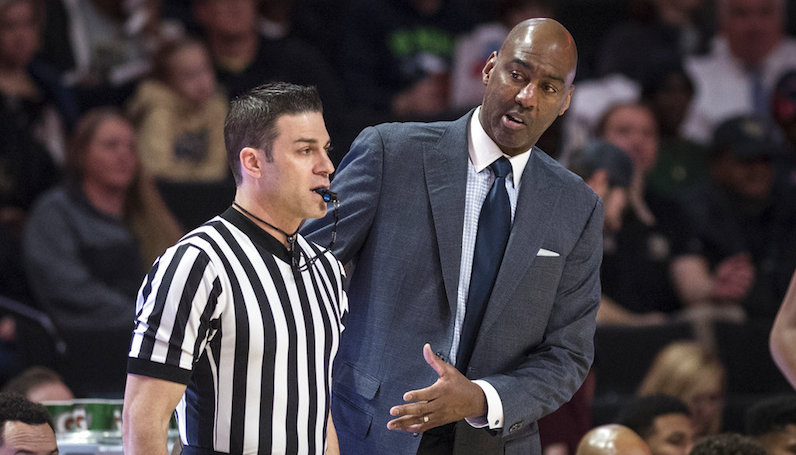 The end of Jaylen Hoard’s high school basketball season was just another bit of bad news in a long season for Wake Forest fans.

Hoard — the top prospect in a class bringing hope to the program — didn’t score and only grabbed four rebounds as his team fell in the state championship game. His own coach noted that the opposition’s aggressive play put the 6-foot-8 Hoard on his heels.

Not exactly what folks wanted to hear about a prospect who is ranked No. 28 nationally.

So Hoard’s recent excellent play on the national scene should allow everyone watching the program to take a deep breath and reset back to higher expectations.

In early April, Hoard put up nice numbers despite only getting 15 minutes of action at the Jordan Brand Classic in New York. He scored 13 points, including a tip slam, and grabbed four rebounds. Despite his thin frame, he battled in the lane and showed he could play through contact. Hoard also showed good court awareness, and he used that to throw some nice passes.

He followed that up a week later with 11 points and 15 rebounds in 26 minutes at the Nike Hoop Summit in Portland, Ore. His World Select Team knocked off the U.S. team 89-76.

Again, Hoard was ultra-active in the lane, grabbing seven offensive rebounds with his athleticism and his 7-foot-1 wingspan. He was able to finish at the rim despite the presence of a number of bigger players. He also repeated his strong passing.

Over those two weeks, Hoard certainly showed that he could compete with the best recruits in the class. He’s not a consistent long-range shooter yet, and that continues to hold him back from being truly elite.

Still, Wake Foresters have to be quite happy to see such good results from a player they hope will slot in immediately as a starter.

Become a premium member of ACCSports.com to see who Hoard is helping recruit to Wake Forest