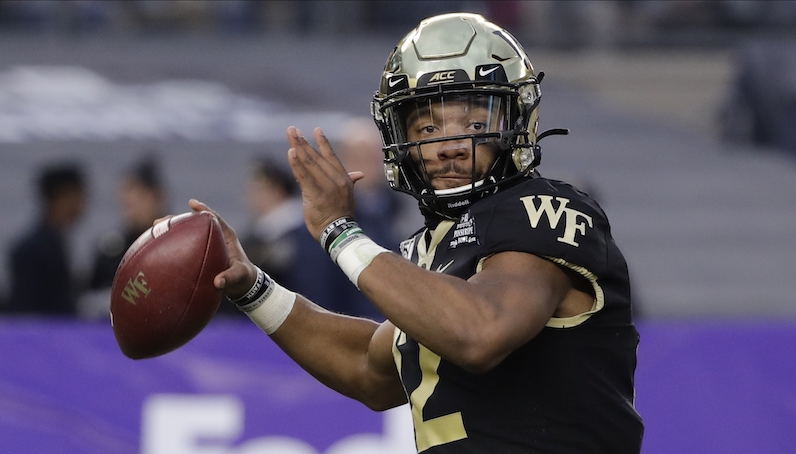 Less than two weeks after his decision to enter the NCAA transfer portal, Jamie Newman announced his commitment to Georgia. Newman, after his record-setting 2019 season with Wake Forest, will head to Athens to play for Kirby Smart and the Bulldogs. Newman is a graduate transfer; he’s in line to replace Jake Fromm, who declared this week for the 2020 NFL Draft, as QB1 in Athens.

In his first season as Wake Forest’s full-time starter, Newman helped lead the Deacons to an 8-5 record. Newman emerged as one of the best deep-ball passers in the country; he also completed 60.9 percent of his passes for 2,868 yards and 26 touchdowns. A powerful interior rusher, too, Newman ran for six touchdowns in 2019.

To the surprise of no one, Dave Clawson named ACC Coach of the Year