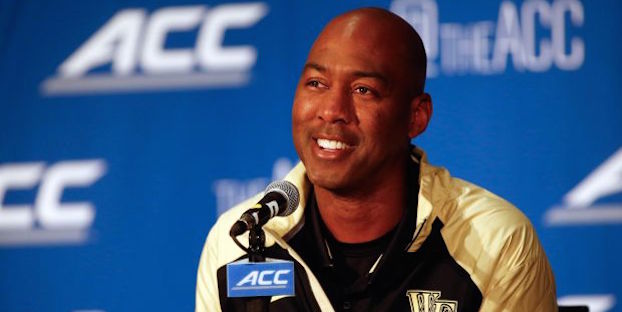 Danny Manning knew when he arrived at Wake Forest that there would be no secret shortcut to rebuilding the program. Not in the ACC. Not against Hall of Fame coaches and elite programs.

He’d have to bring top-ranked recruits to Wake Forest. He’s had a solid start, landing players like Doral Moore and Bryant Crawford in the class of 2015. But he lost many more of his battles for top players, including going to the wire with last year’s consensus No. 2 prospect Harry Giles, only to see him go to Duke.

But now, Manning has made his first major recruiting statement by landing Chaundee Brown (No. 34 in 247Sports’ composite rankings) in the class of 2017. Brown, a 6-5, 195-pound wing player from The First Academy in Orlando, Fla., is the highest-ranked recruit to sign with Wake Forest since Al-Farouq Aminu (No. 10) in 2008.

Which college basketball blueblood was Brown’s other finalist? To find out for free, sign up for basic access to ACCSports.com.