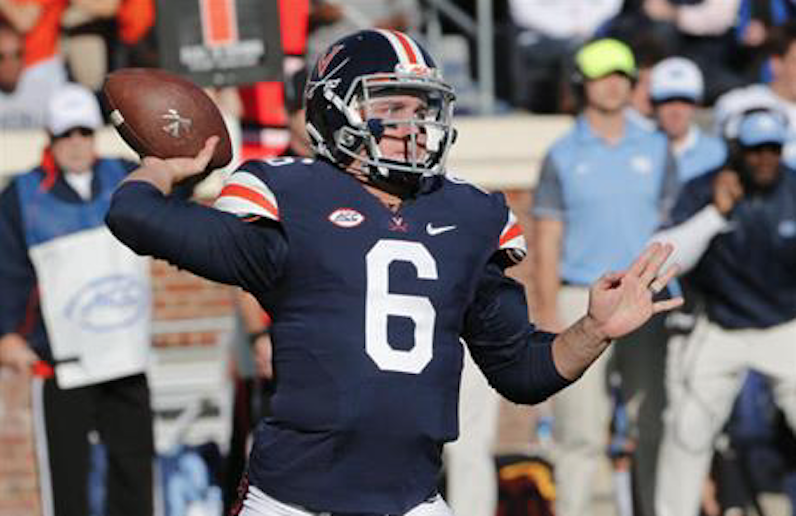 Virginia football has seriously lacked continuity at the quarterback position over the past decade or so. However, Kurt Benkert represents a rare commodity for the Cavaliers — a clearly anointed incumbent starter returning to lead the offense for a second straight season.

Benkert showed quite a bit of promise early last season before injuries slowed his progress. But optimism was high during the spring as the senior showed more mobility.

Barring an unexpected change, Benkert will take the lion’s share of snaps for UVA this fall. But what does the Cavaliers quarterback situation look like beyond the first string? Benkert was the only quarterback on the roster this spring with any experience, but second-year coach Bronco Mendenhall has made moves to add depth for the fall and build for the future.

Here’s a look at Virginia’s quarterback situation beyond Benkert:

We’ve analyzed how UVA basketball coach Tony Bennett has embraced the transfer culture. Mendenhall has done much the same.

In the football coach’s case, he’s used graduate transfers to find immediate help in much needed area. When it comes to quarterbacks, Mendenhall has a preference for graduates, such as Benkert, with at least two years of eligibility remaining.

Zanders redshirted and played two seasons as a backup at Missouri. Recently, he graduated from Mizzou and will be in camp with Virginia this fall. Zanders is athletic and a true dual-threat who completed 10 of 12 passes for 114 yards last year while rushing 35 times for 198 yards and two touchdowns. If anyone will challenge Benkert for playing time this fall, it is Zanders. But the former Tiger enters the mix playing catch up in terms of learning the system and developing a relationship with coaches and teammates.

Still, Zanders has an opportunity to establish himself as the clear front-runner to start in 2018.

Nobody on the spring roster posed much of a threat to take many first-string reps from Benkert. Two challengers were redshirt freshmen: De’Vante Cross and Sonny Abramson. Both arrived in the 2016 recruiting class as mildly intriguing 3-star prospects.

Cross threw for nearly 3,000 yards and rushed for almost 1,400 more as a high school senior in Allentown, Penn. Abramson was a four-year starter at Pope John Paul XXIII in New Jersey.

The only other quarterback currently on the roster is redshirt junior walk-on Joe Spaziani. The son of former Boston College head coach Frank Spaziani, his only playing time at UVA has come at long snapper.

The Cavaliers took one quarterback in the 2017 class: Lindell Stone. So far, they have one commitment for 2018 in Wyatt Rector.

Stone, who dominated competition at Woodberry Forest School outside Charlottesville, chose UVA over offers from Maryland, UCLA, West Virginia, Wisconsin and others. He also represented Mendenhall taking steps to reopen a pipeline to area prep schools.

Virginia extended an early offer to Rector, who missed most of his junior season with an ACL injury. However the quarterback has been a standout in camps and combines this summer, drawing comparisons to Taysom Hill, who played for Mendenhall at BYU.

The presence of Benkert and Zanders should allow each backup some time to develop.

Don’t be surprised if Stone and Rector eventually competes for the starting job.