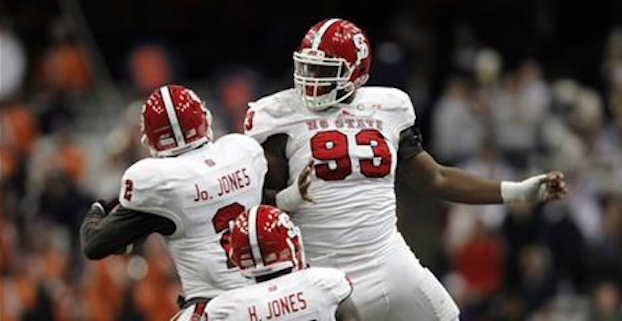 Josh Jones (2) plans to forgo his final season of eligibility and declare for the NFL Draft. (AP Photo)

NC State junior safety Josh Jones took to Twitter on Tuesday to announce his plans to enter the 2017 NFL Draft.

Jones led the team in tackles (109) and interceptions (3) this season. He logged one of those picks on Monday in the Wolfpack’s 41-17 win over Vanderbilt in the Independence Bowl.

Jones has a chance to become the first NC State underclassman to be drafted since cornerback David Amerson was taken in the second round of the 2013 NFL Draft.