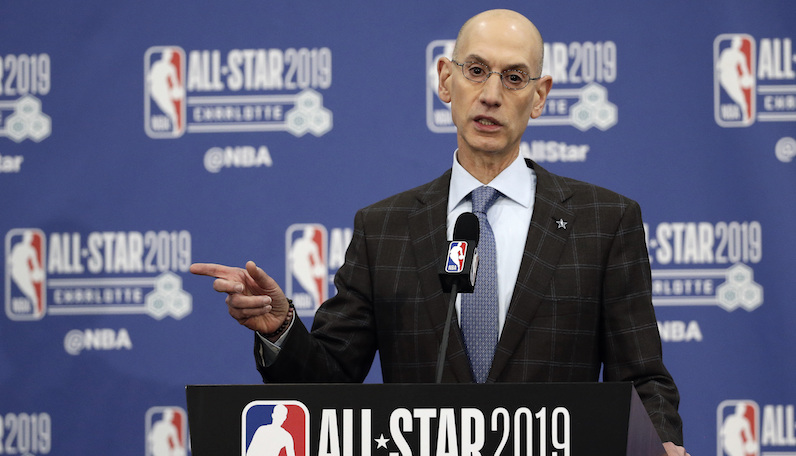 According to a report from Jeff Zillgitt at USA TODAY Sports, the NBA has submitted to the National Basketball Players Association an official proposal that will lower the draft-eligible age to 18 from 19. The proposal was to be reviewed on Monday by the NBPA and its executive director Michele Roberts.

NBA commissioner Adam Silver has been vocal about finding a way to eliminate the league’s one-and-done rule. Going back over the last year, the league has started to take smaller steps in providing newer routes to the NBA, including through its developmental league.

The goal is to lower the age limit by the 2022 draft, and this is a big move in those negotiations. As Zillgitt notes:

The league wants to give teams ample time to prepare for the change, and with the NBA submitting a proposal to the union now, it’s clear it would prefer to reach an agreement, or at least a framework of the deal, in the next few months.

Of course, the timing of this story breaking — the day after future No. 1 pick Zion Williamson suffered a knee injury in Duke’s loss to UNC — is kind of amazing. Zillgitt, however, say that’s purely coincidental.

Timing in relation to Zion Williamson injury is coincidental, but NBA moves past informal discussions with NBPA and submits proposal to union to lower draft-eligible age from 19 to 18. https://t.co/ED7weU3BKn