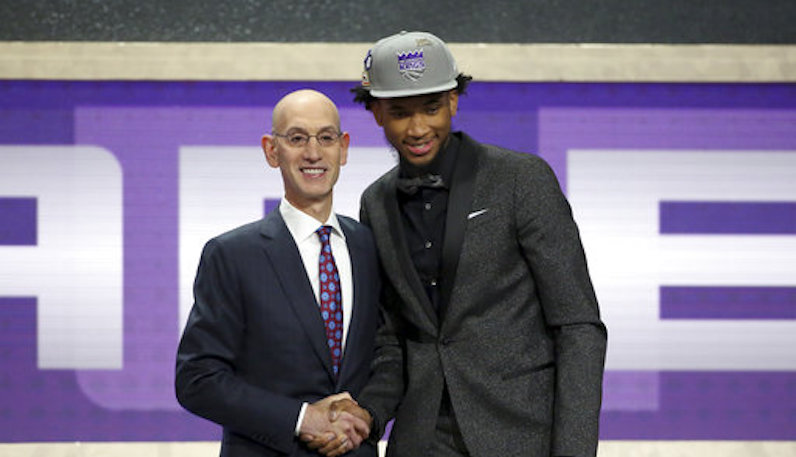 According to reports from ESPN’s Adrian Wojnarowski and Jonathan Givony, the NBA and G League have added a new avenue to professional basketball for elite prep prospects. Starting in the summer of 2019, the G League will offer a new “professional path” — one that provides “Select Contracts” to top prospects that are 18 years old but not eligible for the NBA Draft.

The NBA plans to offer a "professional path" to the G-League with select $125K salaries to players as an alternative to the one-and-done college route, ESPN's @DraftExpress reports.

As Givony reports, the G League will look to attract recent high school graduates that would intend to spend the next year playing one season of college basketball. The G League has been open for years to these types of players, but the current average salary in the league hovers around $35,000. This is different; instead of going the one-and-done route, players could make six figures — and seek outside money, too.

No NCAA, of course, means players could hire agents, get representation and look to make money off of their likeness — think endorsements.

This path will be introduced with greater detail during the NCAA Final Four next April. In its partnership with USA Basketball, the NBA and G League will introduce the opportunity to prospects at the USA Basketball Junior National Team minicamp, according to G League president Malcolm Turner.

Back in April this year, the Condoleeza Rice-led Commission on College Basketball advocated that both governing bodies — the NBA and NCAA — look for alternative routes for top-flight draft prospects. A few months later in August, the NCAA made a few more alterations, too; elite draft prospects can hire agents, and certain players can return to school if undrafted.

Eventually, we will get back to the days when high school players can enter the draft right out of the prep ranks. Those days, however, haven’t quite arrived and won’t until 2022.

The NBA informed teams no changes to allow HS players into Draft will happen prior to 2022, sources tell ESPN. NBA/NBPA have been negotiating to change age eligibility to 18. HS players could already go directly into G-League — it’s just now elite can make $125K instead of $35K.

All aboard the Hype Train: Zion Williamson stars early on for Duke basketball