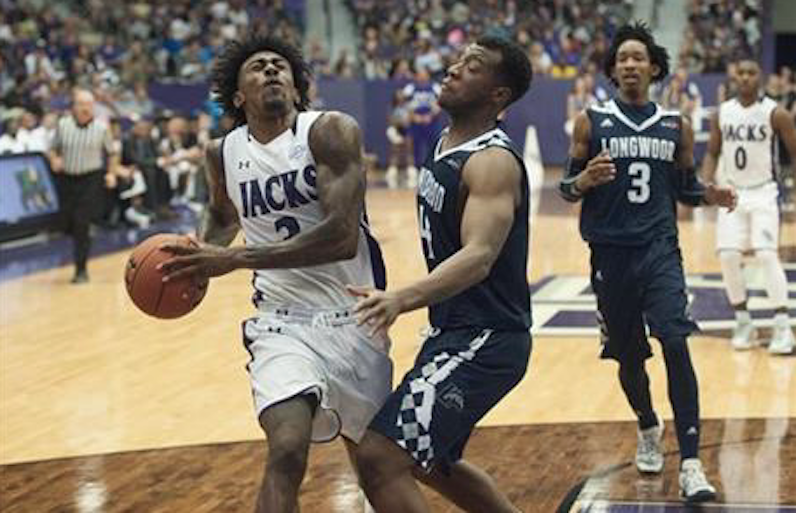 UPDATE: Wake Forest is no longer in the running for Lane, according to Jon Rothstein of FanRagSports.com.

With John Collins officially headed to the NBA, Danny Manning and his staff are exploring the graduate transfer market.

The next known visit will come from former Longwood forward Khris Lane. According to Jon Rothstein of FanRagSports, Lane will check out Winston-Salem on April 24. Lane also is considering VCU (he’s from Richmond originally), Rhode Island, George Washington and Pittsburgh. He’s already made visits to Pitt and Rhode Island.

Lane is an interesting case, both because he played on such a terrible team and because of his size.

Longwood finished 6-24 this past season, making it difficult to judge how Lane’s statistics will translate to ACC play. He also attempted 387 shots, which is 11 more than Wake Forest’s leader, Bryant Crawford, took in three more games.

The good news is that Lane made 54 percent of those shots, including 34 percent from three-point range. He scored at least 24 points seven times.

The Lancers played three games against NCAA Tournament teams last season — two against Winthrop and one against Creighton. Lane was 16-of-41 from the field, including 0-of-10 from three-point range. He averaged 11.7 points and 4.3 rebounds in those contests.

Lane isn’t much of a passer, with 37 assists to 69 turnovers. However, he is a good rebounder, averaging 7.3 last season.

At 6-6, 245 pounds, the forward may be a tweener at the ACC level. While he could operate inside in the Big South as a stretch 4, he’ll compete against more size in the ACC.

Lane offers a combination of strength, shooting and rebounding ability that is at least intriguing. The Deacons certainly can use another wing with both of those skills. Adding one with some experience also is important as Manning will be counting heavily on freshman wing Chaundee Brown, a top-35 recruit.

In an interesting note regarding grad transfers, the student newspaper at Fordham (The Observer) reported in its April 15 issue that Chris Sengfelder would transfer to Wake Forest. Instead, Sengfelder committed to Boise State.

Was Wake Forest close to landing the 6-7, 240-pounder? Since the paper went to print several days before Sengfelder announced his decision, the paper ran with Wake Forest as his destination.