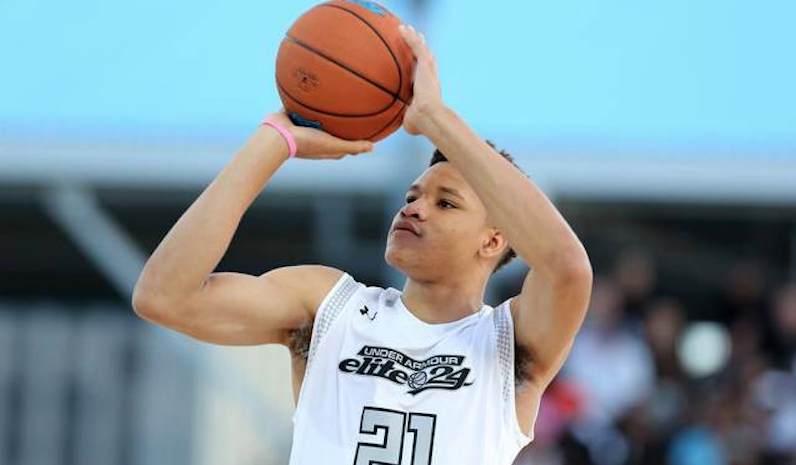 Blue-chip standout Kevin Knox put an end to his recruitment on Saturday when he committed to Kentucky. The 5-star standout announced his decision via social media.

Knox ranks as the No. 10 player in the 2017 class, according to 247Sports’ composite rankings; he was one of the nation’s top uncommitted prospects going into the weekend. Duke, Florida State, UNC and Missouri were his other finalists.