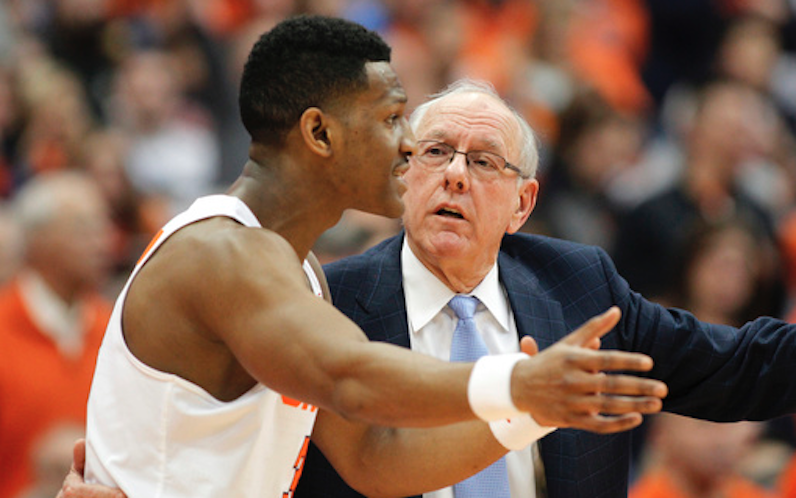 Jim Boeheim has made clear his feelings about a Greensboro ACC Tournament, but not all fans of the league agree with him.

Last week, the Syracuse coach stated that he sees “no value” in playing the conference tournament in the Gate City. However, participants of a recent ACCSports.com poll indicated otherwise.

The poll asked voters how often the ACC Tournament should take place in Greensboro and gave four options: annually, every other year, occasionally and never.

Many fans outside of NC were more than lukewarm to the idea of Greensboro playing host regularly. In fact, while over 42 percent of those voters picked “never,” the same percentage backed Greensboro as a host site at least every other year.

Not everyone was high on Greensboro, though. Eighty percent of Syracuse fans voted “never,” and 20 percent voted “occasionally”. Orange fans backing their coach isn’t exactly the biggest surprise.

For now, the event will stay in Brooklyn for another year before returning south. The tournament moves to Charlotte in 2019 before heading back to Greensboro in 2020. The ACC’s public stance against a controversial North Carolina law known as House Bill 2, of course, could change that. Stay tuned.

Take part in our exclusive polls

Are you interested in participating in our polls? If so, you can register to vote here for a free one-time signup. How many ACC teams will advance to this year’s Sweet 16? You can weigh in by casting your vote here. Also, be sure to take part in our weekly power rankings!