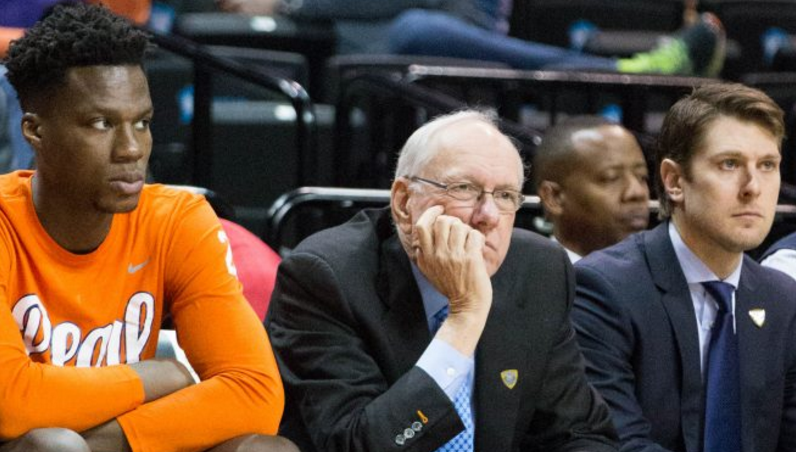 Jim Boeheim sits during the second half of Syracuse's first round ACC Tournament loss to Miami. (Chris Misenis, SportsChannel8)

As Day 2 of the ACC Tournament treks on, here are some court-side observations in our Wednesday afternoon notebook.