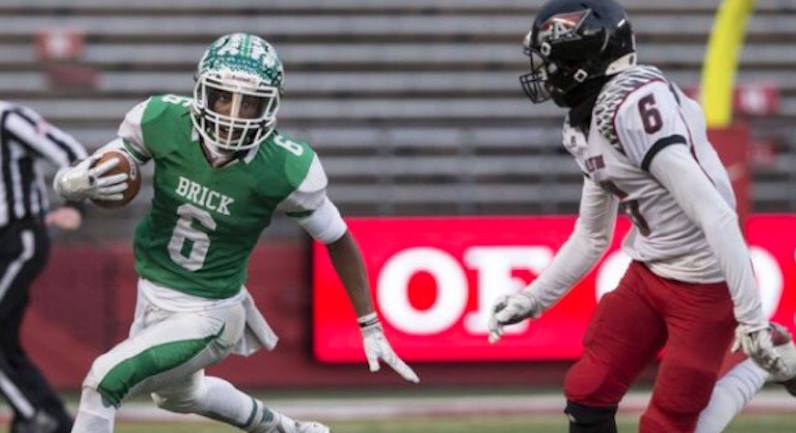 Wake Forest’s coaches got their third commitment of the week on Thursday when they flipped Ja’Sir Taylor from Temple.

Taylor won’t blow anyone away with his size, and his ranking is low relative to other Wake commitments, but he’s a versatile prospect. He played all over the field at Brick Township in New Jersey. Taylor caught passes, carried the ball, returned kicks and played cornerback.

Taylor projects as a cornerback and kick returner at Wake. The Deacons are set for slot receivers in the short term, and they’re desperate for depth at the corner.

The Deacons will have another cornerback, Raheem Layne, in for a visit this weekend. Layne is a Minnesota commit and is ranked No. 151 at his position in 247Sports’ composite listings. The Deacons just hired Jay Sawvel from Minnesota to be their defensive coordinator.

Layne will be joined by a host of prospects with Signing Day right around the corner. Wake Forest commits who will be in town include: quarterback Tayvon Bowers (plans to grayshirt) and linebackers Chase Monroe, Jeffery Burley and Jake Simpson.

Offensive lineman Demetris Harris is among the uncommitted players visiting Winston-Salem this weekend. He is particularly key as the Deacons’ offensive line commits are not highly rated. Harris, who originally committed to Georgia Tech, is listed in 247Sports’ composite rankings as the No. 74 gaurd.

The Deacons could take around 20 signees this cycle after the transfer announcement of running back Rocky Reid. Taylor is the 18th commitment for the class (not counting Bowers, who will grayshirt).