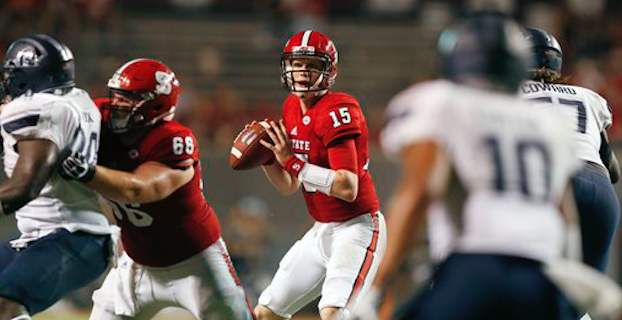 Through three games, NC State sophomore quarterback Ryan Finley is completing 76.3 percent of his passes (61-of-80) to lead the country in that category.

There are several reasons his success can be attributed to that. The Pack has done a good job getting the ball out quickly to targets in space. Finley’s accuracy and touch has aided in making those passes high-percentage plays.

What types of challenges will Finley face looking ahead? To find out for free and see the rest of the story, sign up for basic access to ACCSports.com.